All quiet on the feathered front!

Well, at least where I am it is! Shetland and the Scilies are having a smashing time. I've not been far this week so I decided on Thursday afternoon to go down to Fairburn Ings [not my favourite reserve but perhaps I'm unjust]. Camera at the ready I hoped for kingfisher and willow tit. Over ambitious I'm afraid but anyway I got what follows. Captions unnecessary for the birds and this fellow.Vermin? 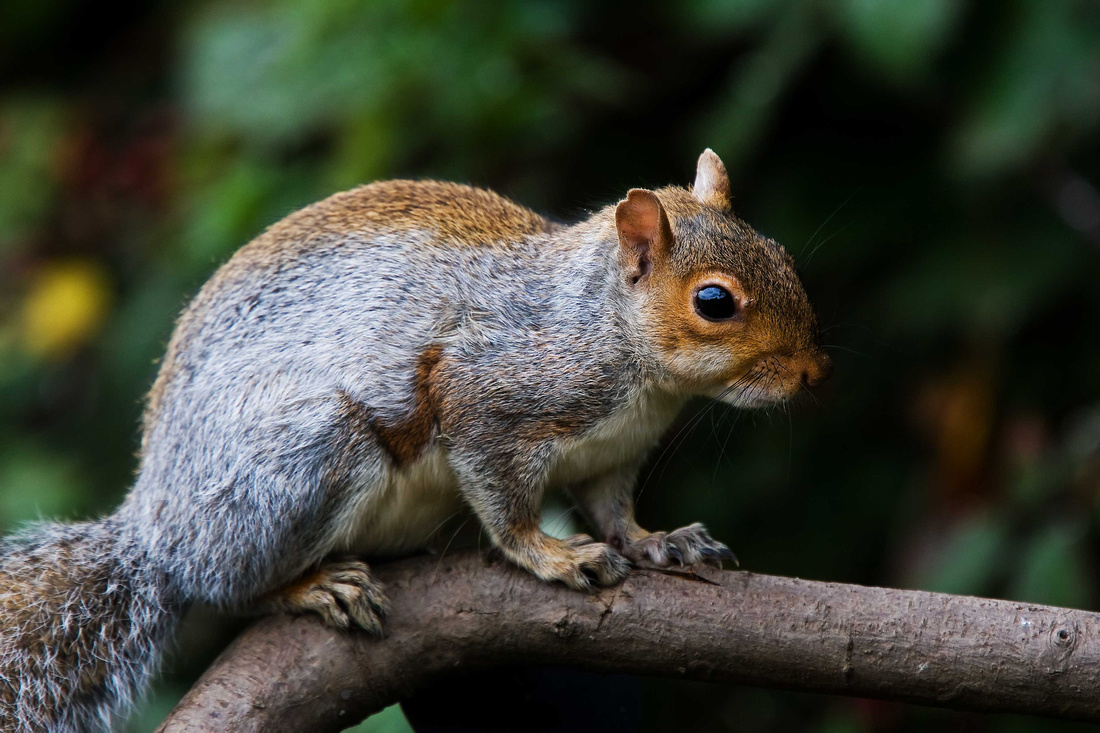 I haven't managed to see a tawny owl or a little owl this year but this chap looked very smart as did his friend, Mr. Frog. Photographed from a distance and then cropped they look good! 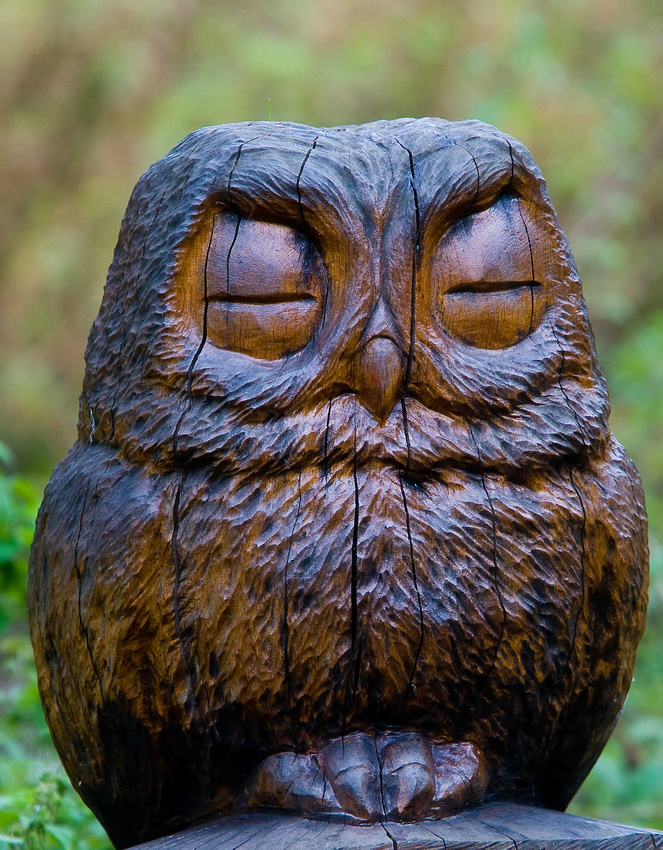 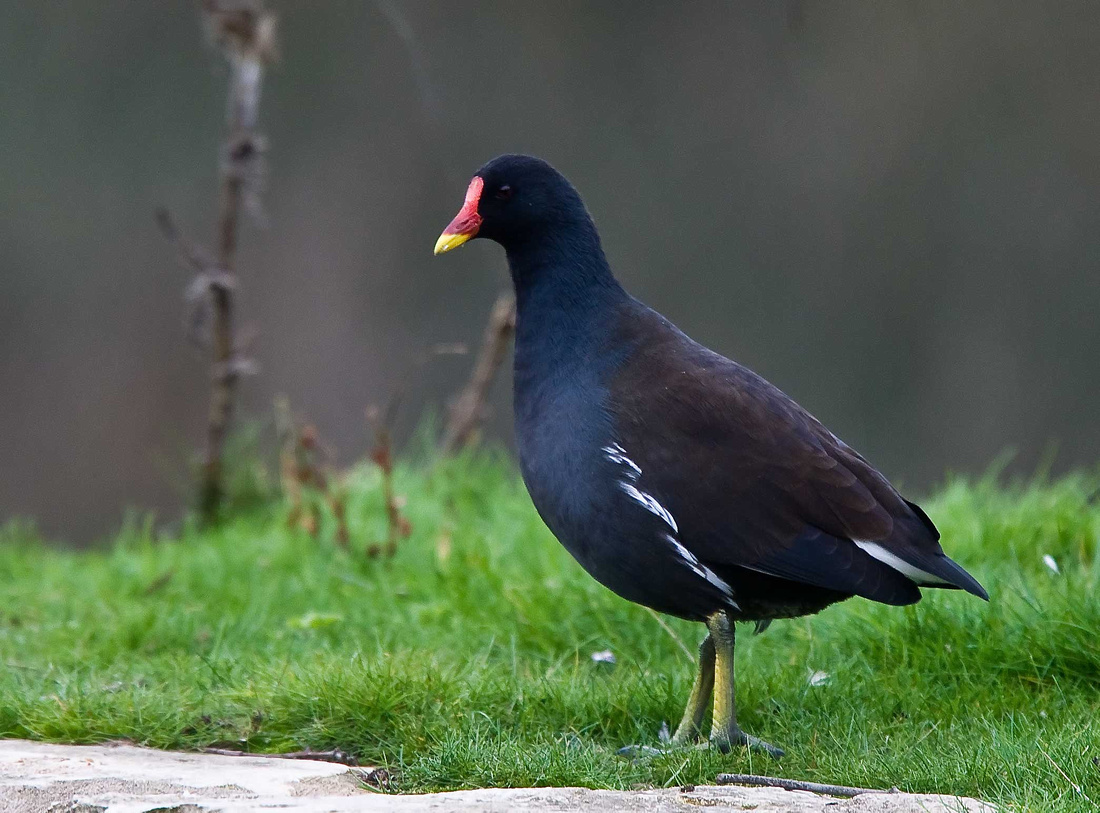 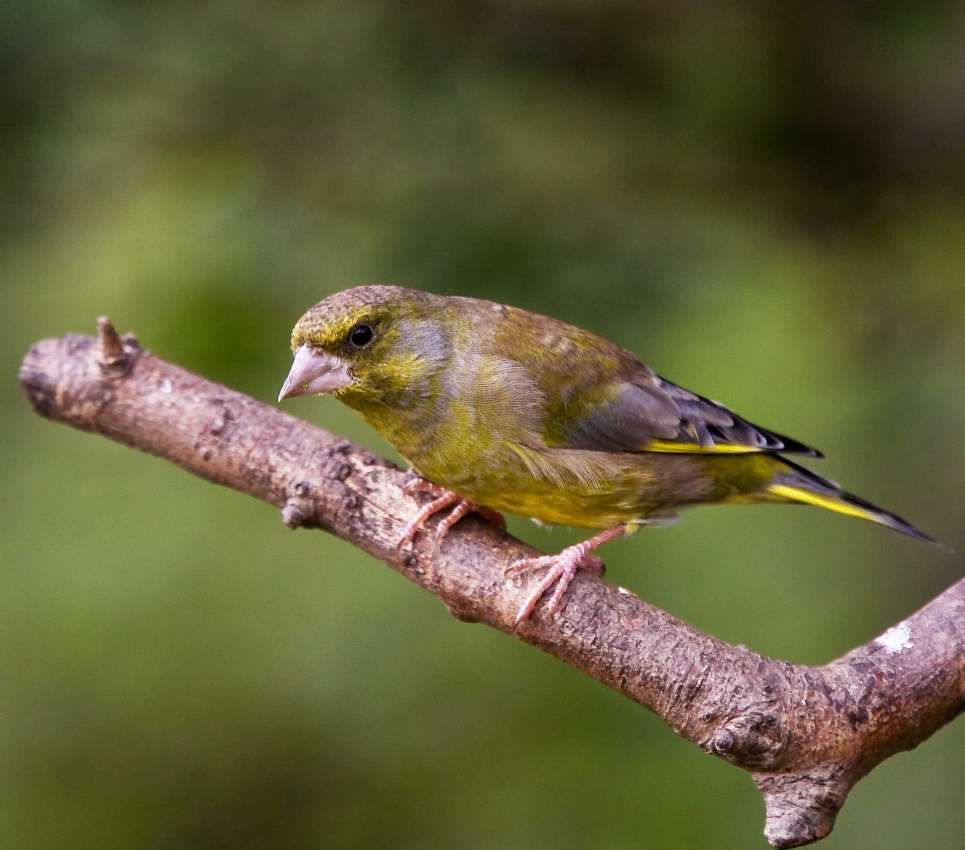 Not too keen on bird feeder pics but sometimes you can get good images near feeders or even, as in this case, crop the feeder out of view. Policeman's helmet, Himalayan balsam, Bobby Tops, Copper Tops, Gnome's Hatstand, Kiss-me-on-the-mountain, Poor Man's Orchid, Ornamental Jewelweed or impatiens glandulifera is a super plant to find when out for a walk with the kids. The explosive seed capsules give a real shock as they burst between your fingers. And what a great collection of common names! Latin provides the universal standard. If you find a white form it should be treasured and the seed picked...although it is often considered an invasive menace - like the grey squirrel. So that's two invasive menaces so far today! 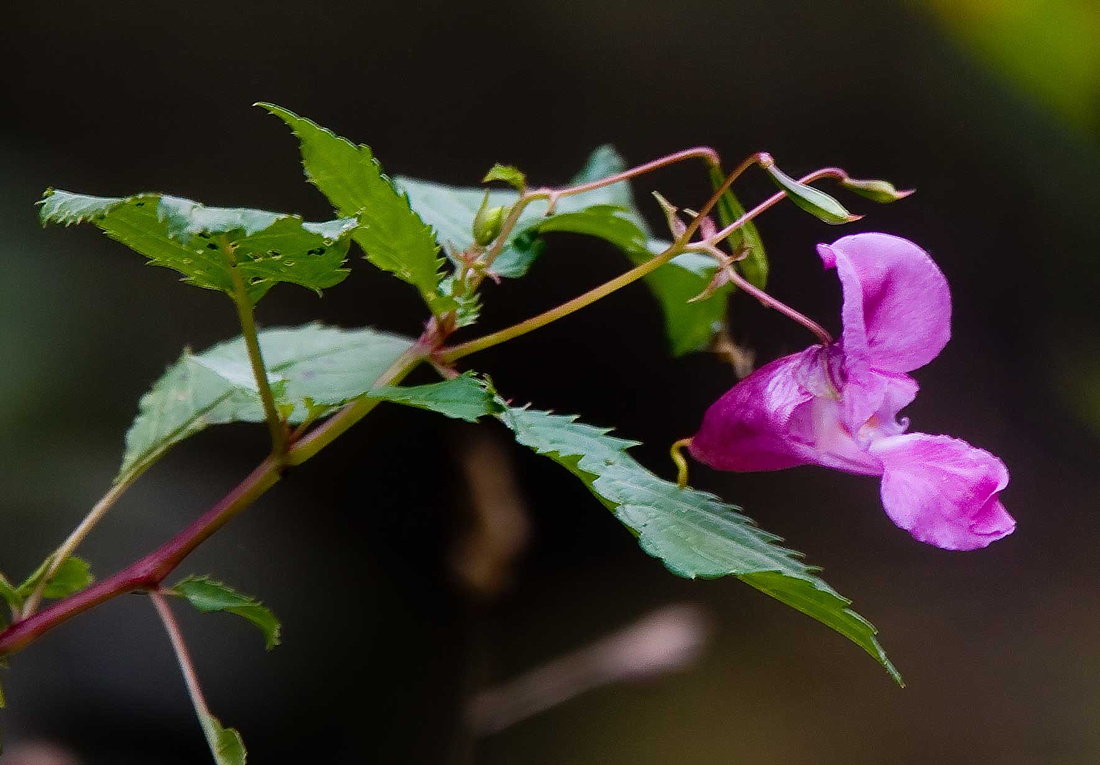 Teasel heads dipsacus fullonum were once used in industry in textile processing, providing a natural comb for cleaning, aligning and raising the nap on fabrics, particularly wool. It differs from the wild type in having stouter, somewhat recurved spines on the seed heads. The dried flower heads were attached to spindles, wheels, or cylinders, sometimes called teasel frames, to raise the nap on fabrics or to tease the fibres. Unusual image of a teasel head! Hedge bindweed or calystegia sepium merits a better, more flattering name - it is a pretty flower and I have tried to do it justice below. 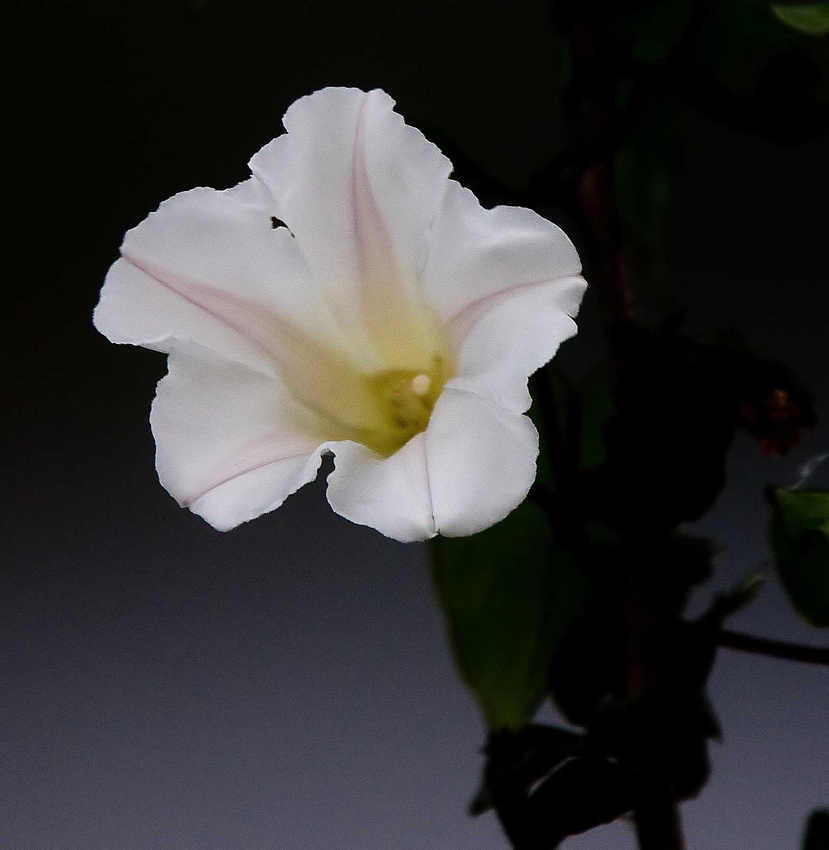 Trying to make something happen! I decided to head north and then follow the pager. To an extent this worked quite well. On Hartlepool Headland I saw 2 fresh-looking warblers [probably willow] and a black redstart in the memorial gardens. Guillemots on the water. I walked the area  until the pager announced a paddyfield warbler north of the Tyne tunnel at St. Mary's Island, Whitley Bay. I hummed and harred for a few minutes, asked TomTom how far it was and set off north. Traffic was light and I was soon in the car park. I headed over to the twitch - it was obvious where the scopes were lined up. Those same accursed bushes where I never saw the greenish warbler a month ago.

Well, I never saw the paddyfield [would have been a lifer] either! Saw some robins! But eventually did see the other reported bird, my second ever Blyth's Reed warbler. A good tick.

Sorry, folks. I didn't take a single picture all day.

I had decided on Friday, in view of predicted wind directions which never materialised, to go north on Saturday and then to Spurn on Sunday squeezing a return visit to New Swillington Ings via the new entrance from Station Road, Mickletown if I could find it - all dependent on whether Barry was coming on one of the days. Unfortunately he couldn't make it so I'll save that trip for another time. The slavgreb will probably linger over half term!

So Spurn it was and I arrived by 7 o'clock!! All quiet and it remained so. Several coach parties of birders hoping for an autumn extravaganza must have been a little disappointed.

I wanted some images for the blog so I spent time photographing things I've often thought of taking but hadn't time to waste. Today, it seemed, time was available. For instance rather impressive longhorn cattle are now grazing the Triangle fields. 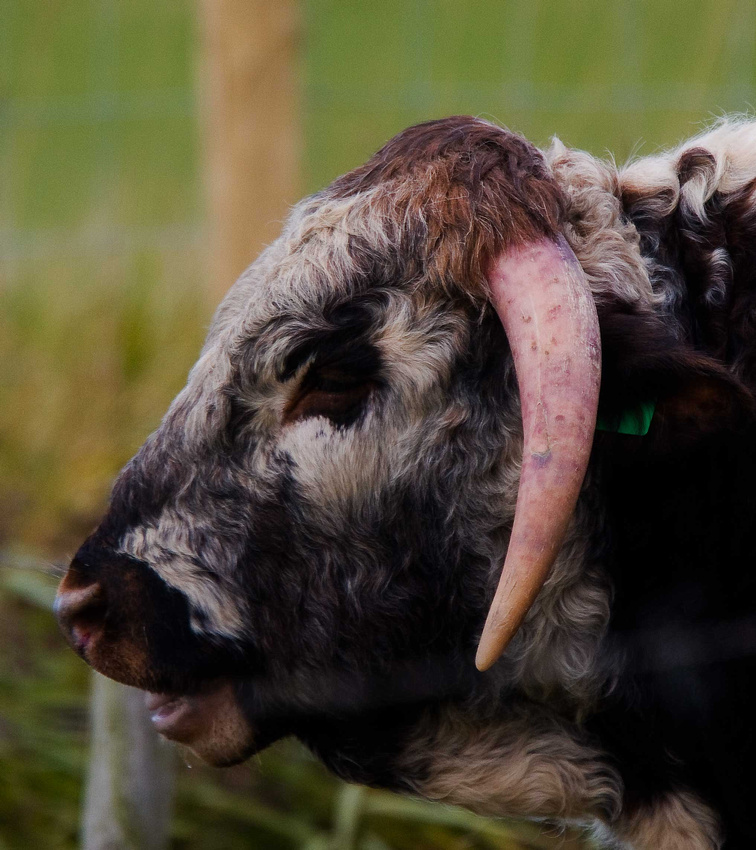 At the Canal Scrape three jays were flying around. I had never photographed a jay and I'm afraid my first efforts are nothing to write home about! 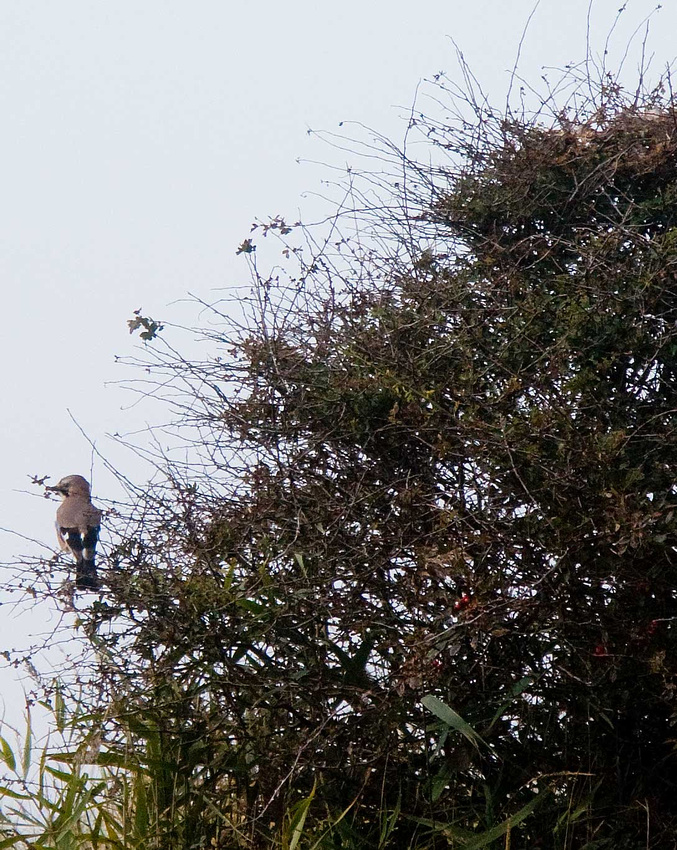 If ever there is a special prize for photos of departing birds or rear views I must have a good chance of some success! The jays flew off... 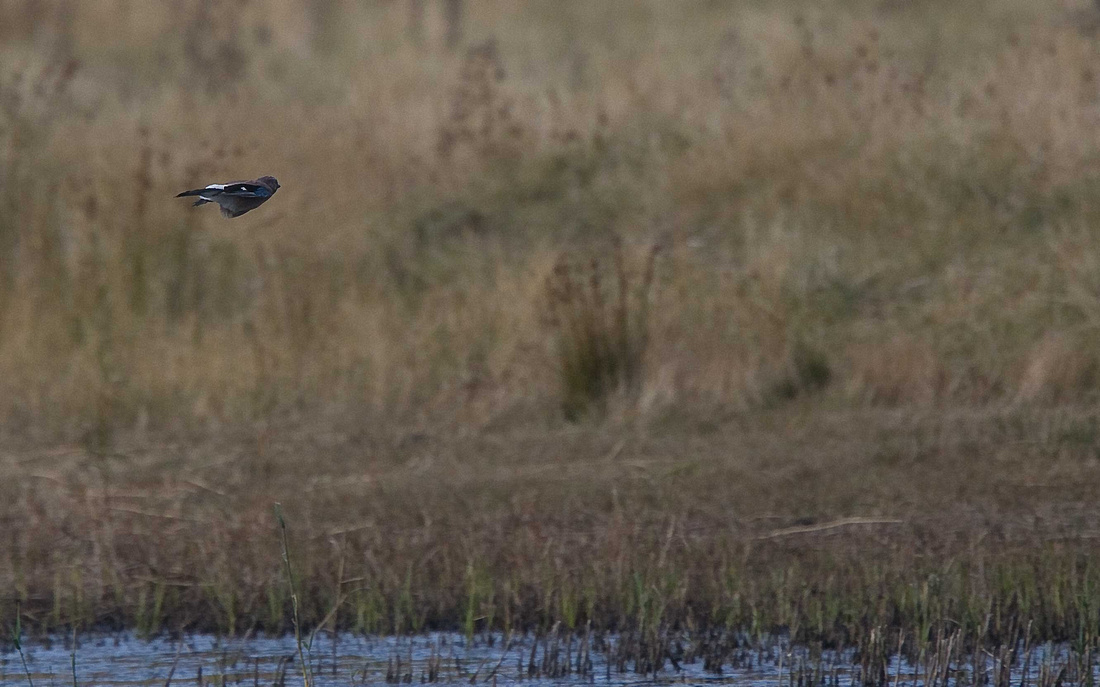 Spurn was just too quiet. There may have been a bearded tit heard along the canal or a couple of choice pipits 'over' but there was little to see once the tide had gone out and the waders had become pixels once again. I decided to leave with no obvious agenda. I stopped to photograph the remains of a level crossing west of Patrington. The line closed in 1965 and there is no sign of the trackbed looking east along what was once the Hull & Holderness Railway to Withernsea. 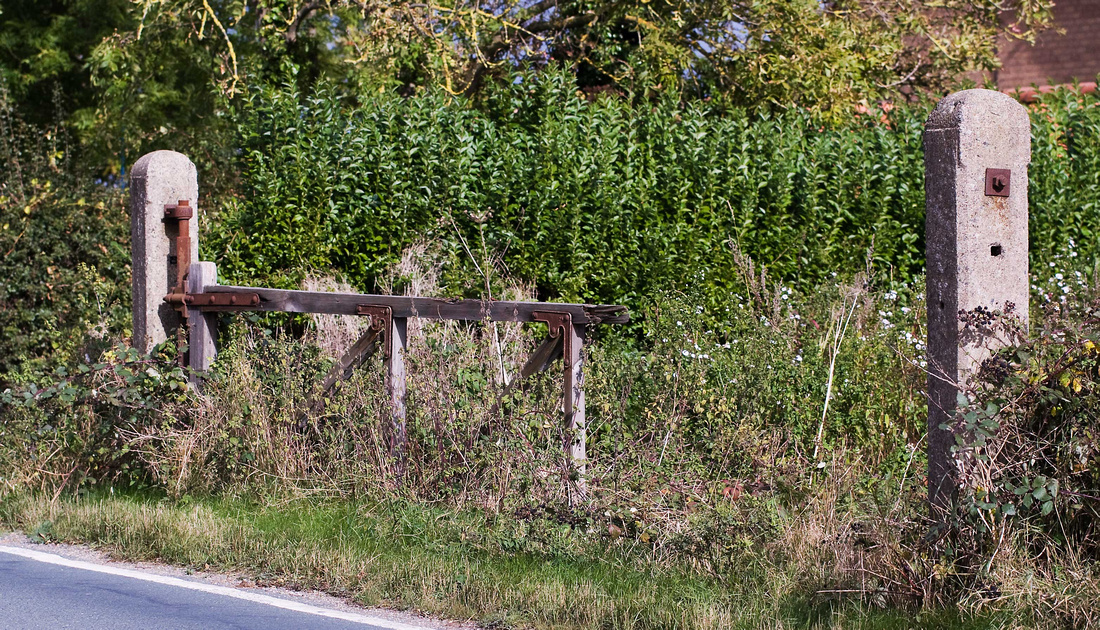 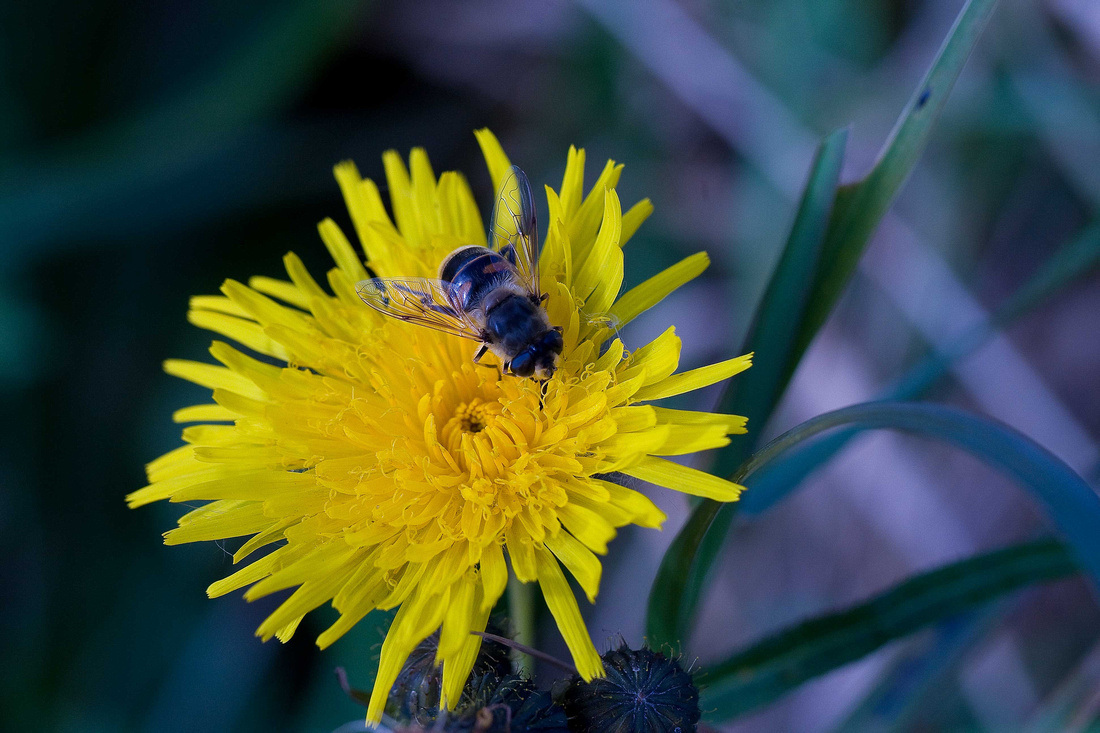 Bathed in sunlight, St. Patrick's Church in Patrington looked splendid now it has no scaffolding around the steeple. 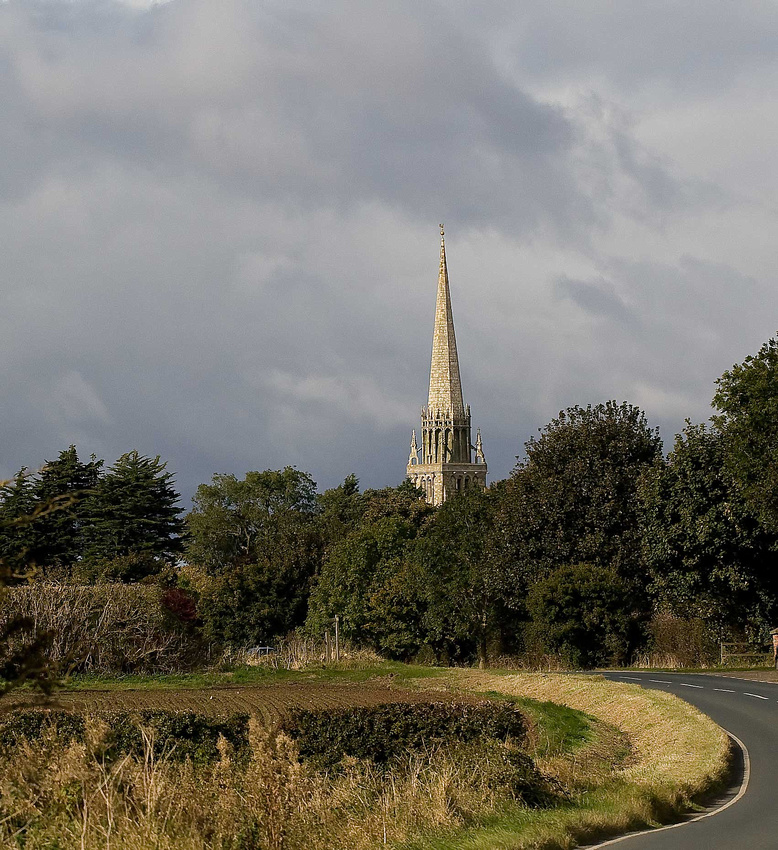 I've always though it looks impressive and it was no surprise to learn that the church, medieval and Grade 1 listed, is known as the Queen of Holderness.

Patrington is on the Greenwich Meridian. This means that everything east of there is not in the Far East [because we know where that is] and it's not in the Middle EAst [because there are no endless wars and terrorist squabbles wrecking Holderness!] so it must be in the Near East! 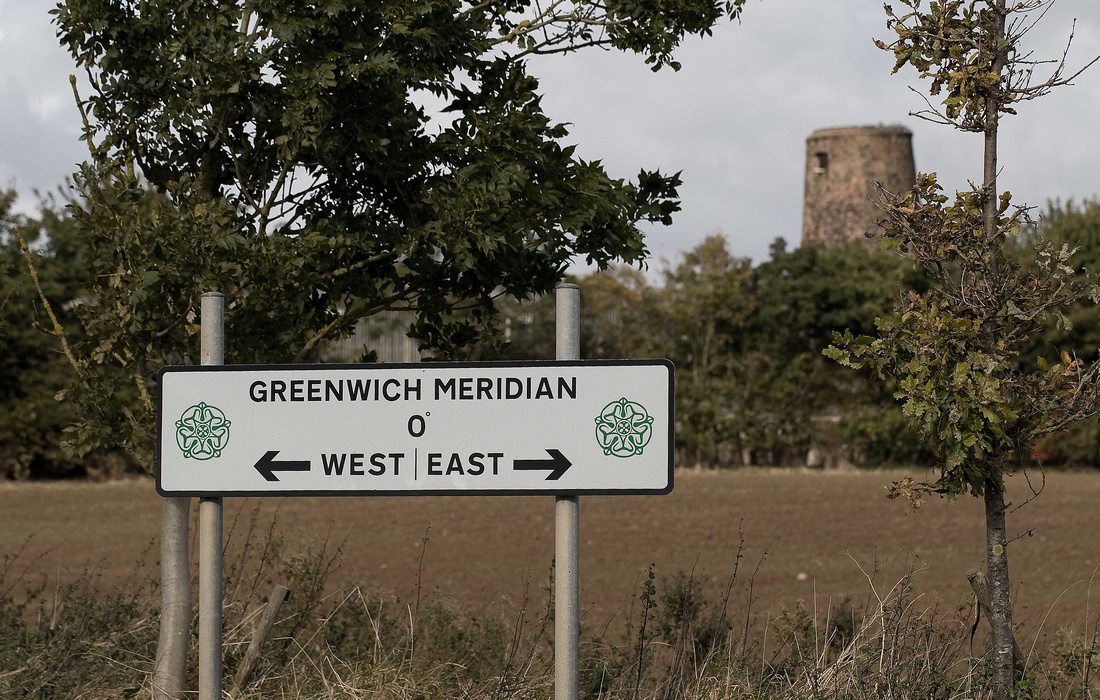 Patrington's Black Mill in the background. The marble slab shows how the Meridian presents a natural boundary for the Holderness and Spurn peninsula. Yet it is all meaningless really - just a line imagined by man. It doesn't really exist at all!

So you thought this was a birding blog! Well it is, but I like to wander off topic now and then.  It looked sunny over the Humber in North Lincolnshire and it was starting to rain as I approached Hull. [Why don't they call it Kingston? That sounds so much more up market than Hull!]

Once over the Humber bridge I headed for Worlaby to see if the owls were back. None had been reported but I suspect the local birders don't bother and there had been a good number of 'shorties' along the east coast in the last few days. Unfortunately I realised the rain was following me relentlessly. As I arrived it showed its hand. A kestrel sat miserably in the trees. I listened to Classic FM and then to the album Old Ways by Neil Young. Coal trains rattle by in the rain. 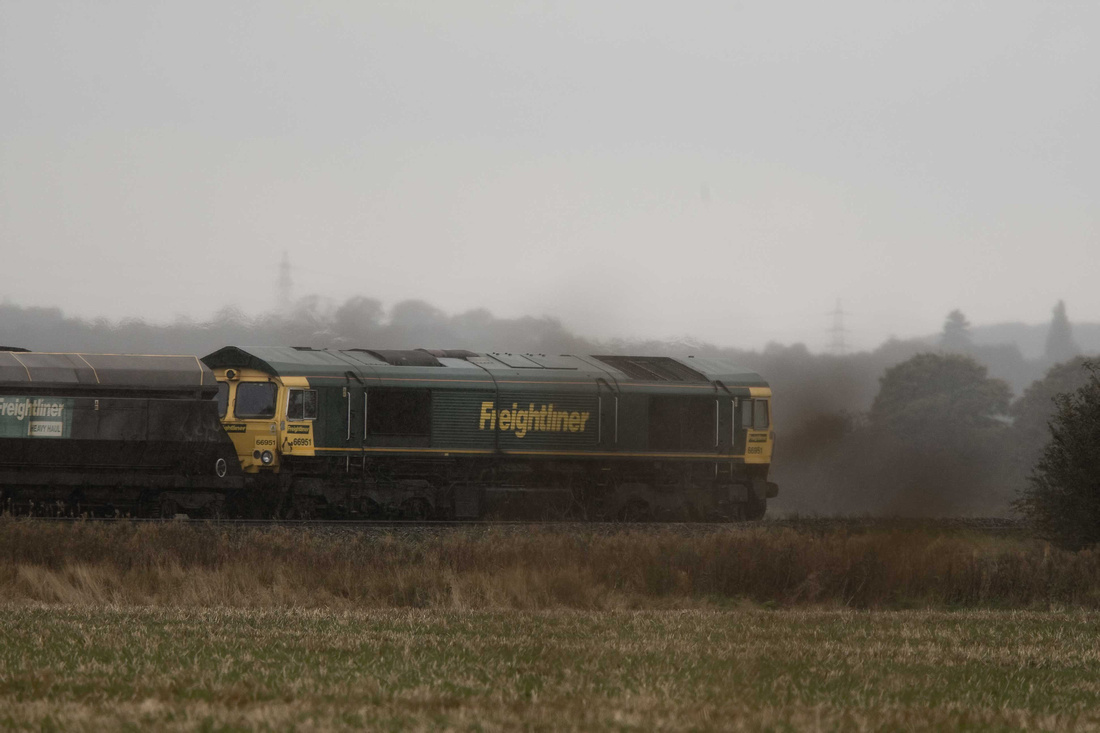 Eventually the rain cleared and the sky brightened a little. Soon I could see up to 3 short-eared owls. One was being mobbed by a crow. 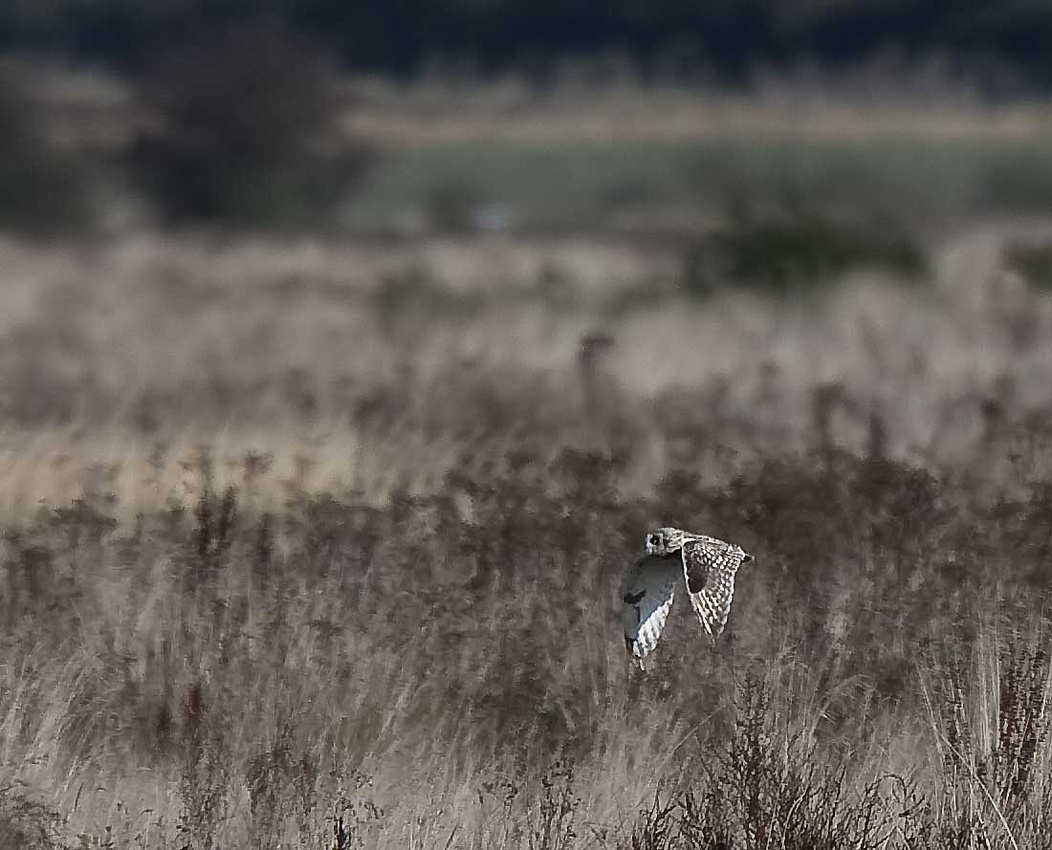 I began to walk towards it as I had a feeling it was going to land on the fence. The other birder didn't seem to notice. 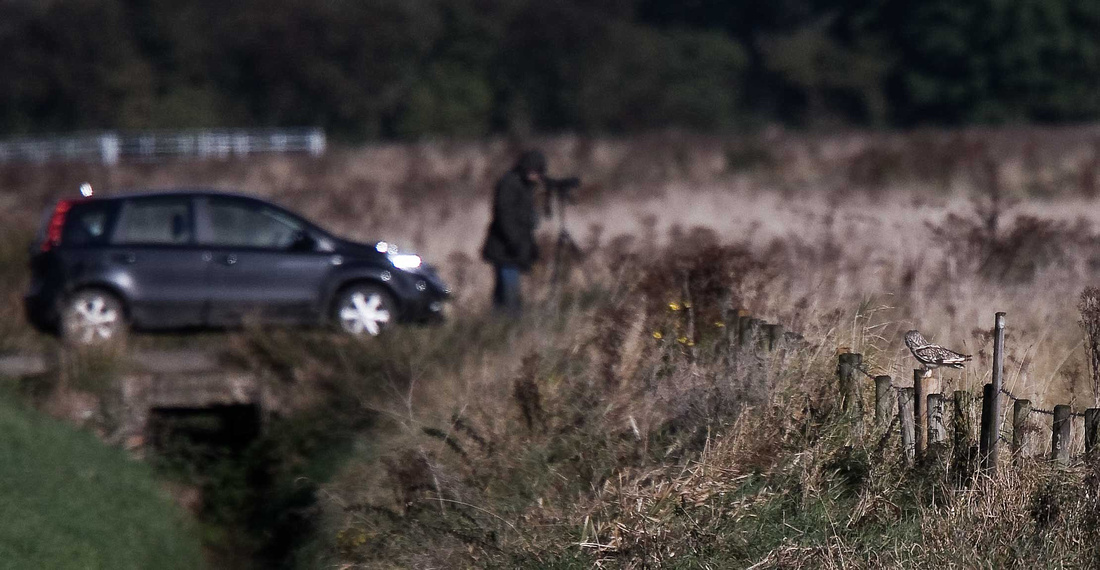 I walked closer all the time. Wished I was in the car rolling slowly along. Too late for that. 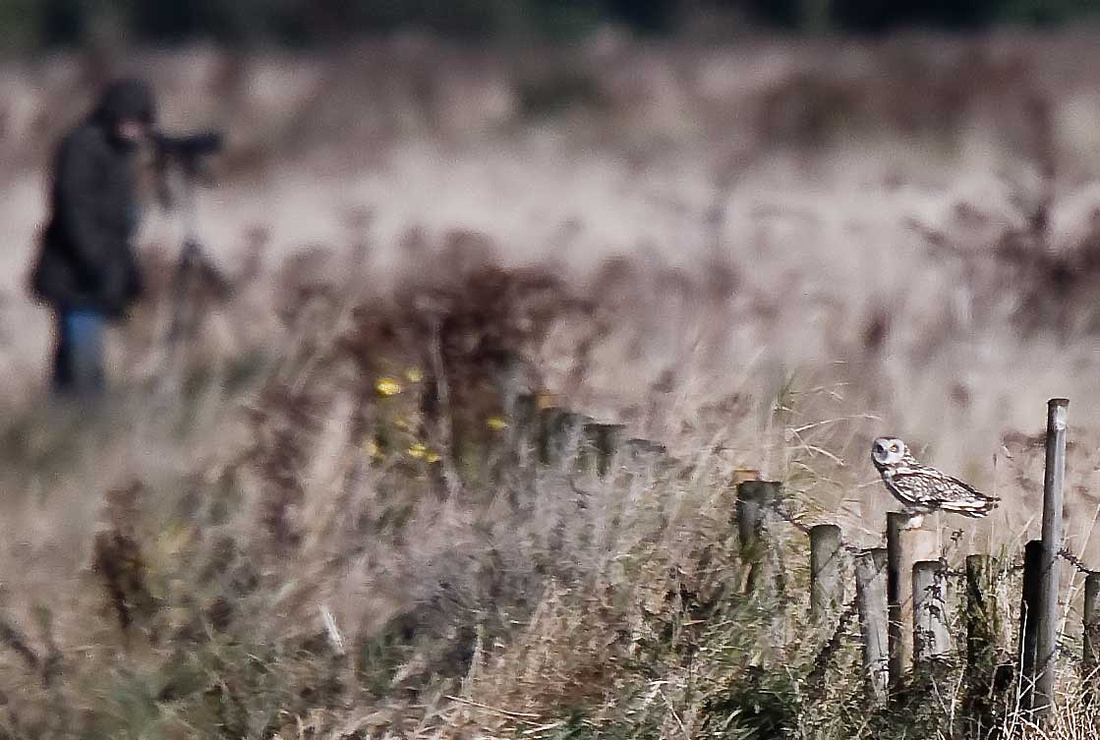 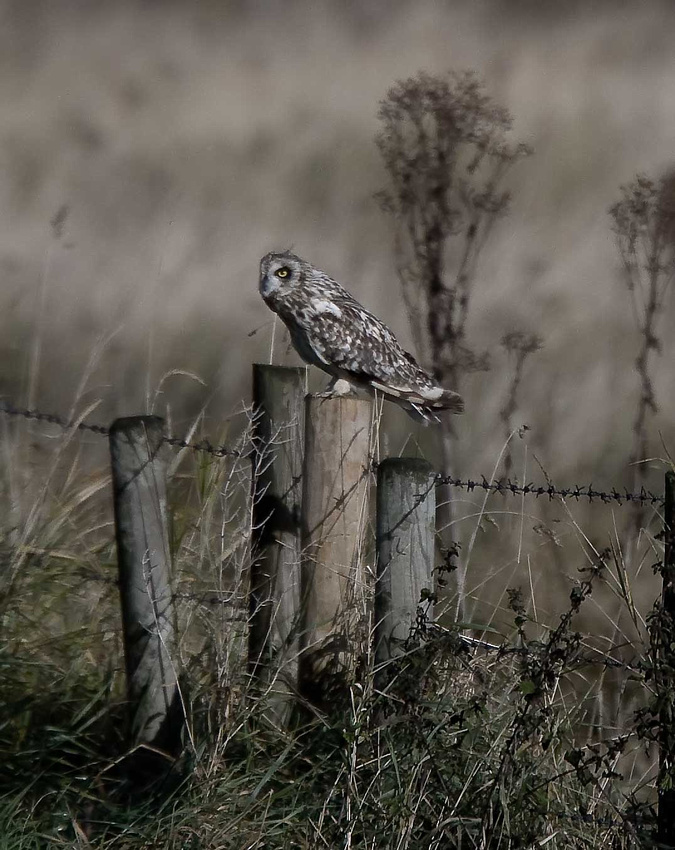 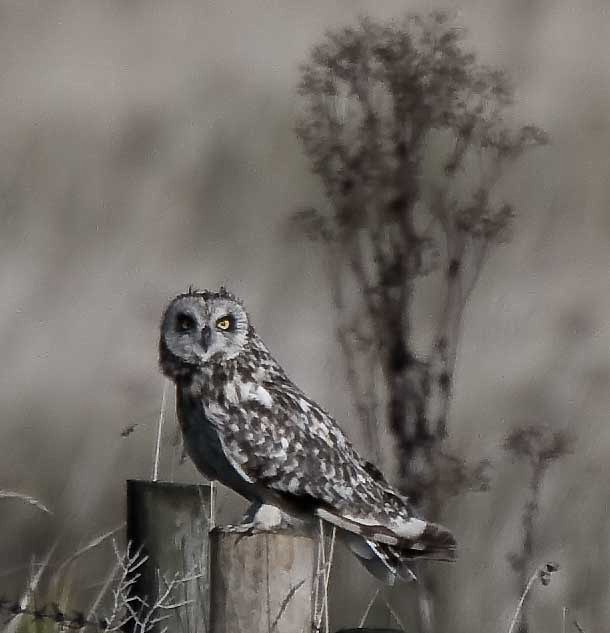 If you've never been, try it on a cold, bright afternoon after 2.30pm. You may have to wait a while - or you may not! Park at the roadside beyond the trees anywhere down to the railway line. SE 993126