I'm tired of it. Please go away. We seem to spend hours each day picking up twigs and leaves from the trees in our garden as the winds give them a constant battering. Birding? Yes, I have been out but I haven't taken any photos. Mainly because of the distance between me and the birds in question or the poor light. A trip to Filey in January which featured no successes [abject failure to find a firecrest!] but I decided I should have included this one of Filey Bay some time ago - so here it is, belatedly. 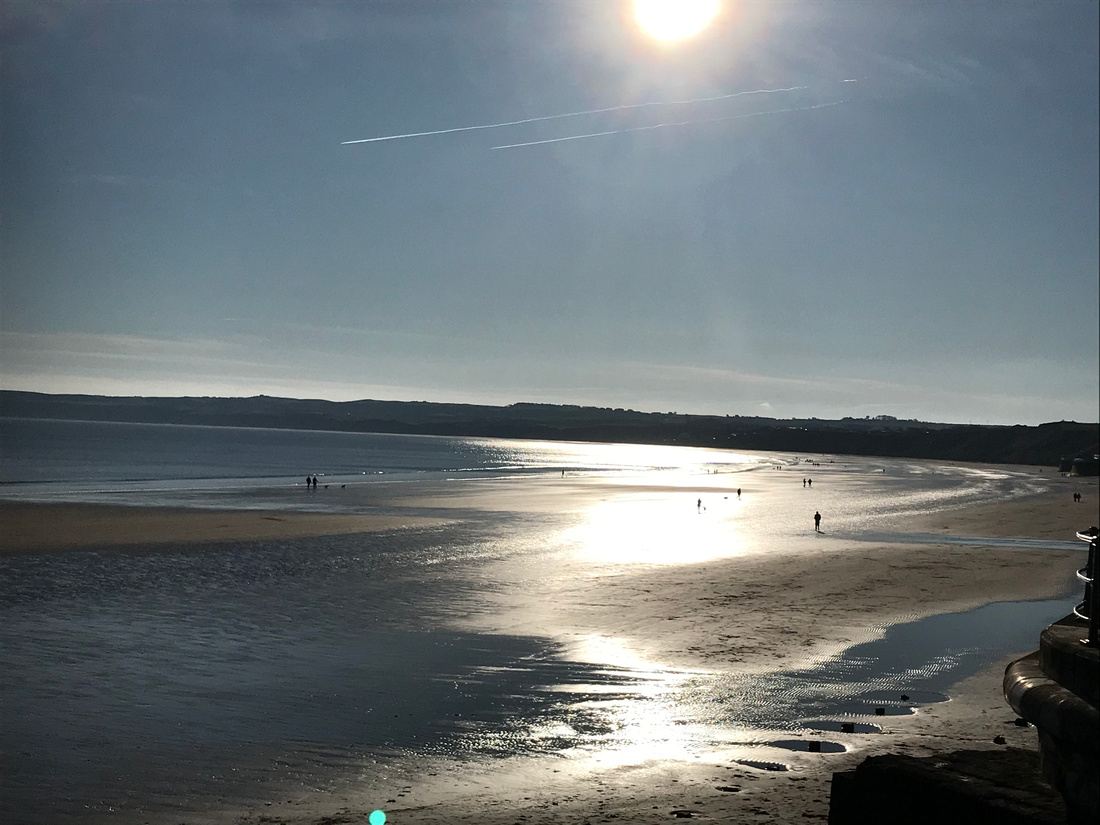 February 19th was a good day for the bird list: a redhead smew at Nosterfield [Lingham Lake, quarry site], a ring-necked duck and a scaup at Ellerton Lake near Bolton-on-Swale and then on the 21st Barry and I went to North Duffield where I saw my first sparrowhawk of the year. Normally regular in the garden but strangely absent at the moment. Here's a view from the path to Garganey hide which was dry, by the way.

From there we proceeded to North Cave where we were really pleased to get close views of a drake scaup. Barry got some really good photos of the scaup and of a confiding pochard. 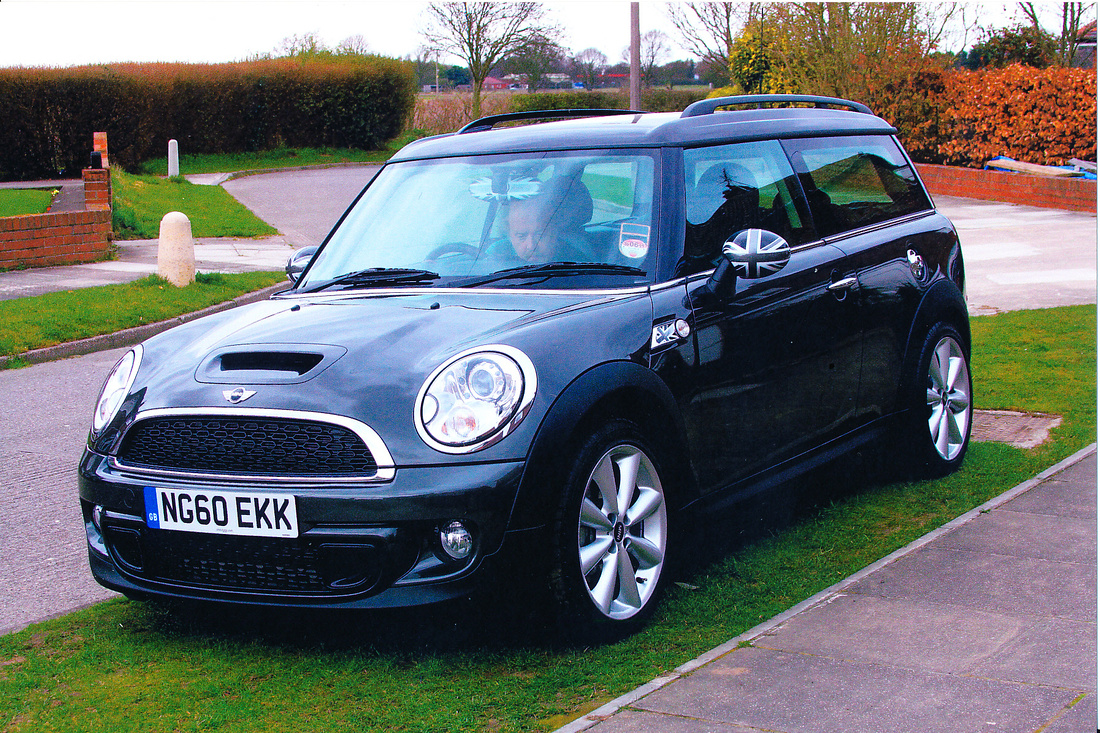 February 23rd: a trip up to Hartlepool. Still very windy and cold but saw my first avocet of 2020 at Greatham Creek [just one present, 5 today 24/2/20] plus a ruddy shelduck at Cowpen Marsh. Otherwise pretty quiet. The glaucous gull at Saltholme that if I did see it I couldn't convince myself for sure - so it's not on the list! I braved the wind at Newburn Bridge for a few photos - tide was very high so not much rock armour left for the waders.

The Headland from Newburn Bridge 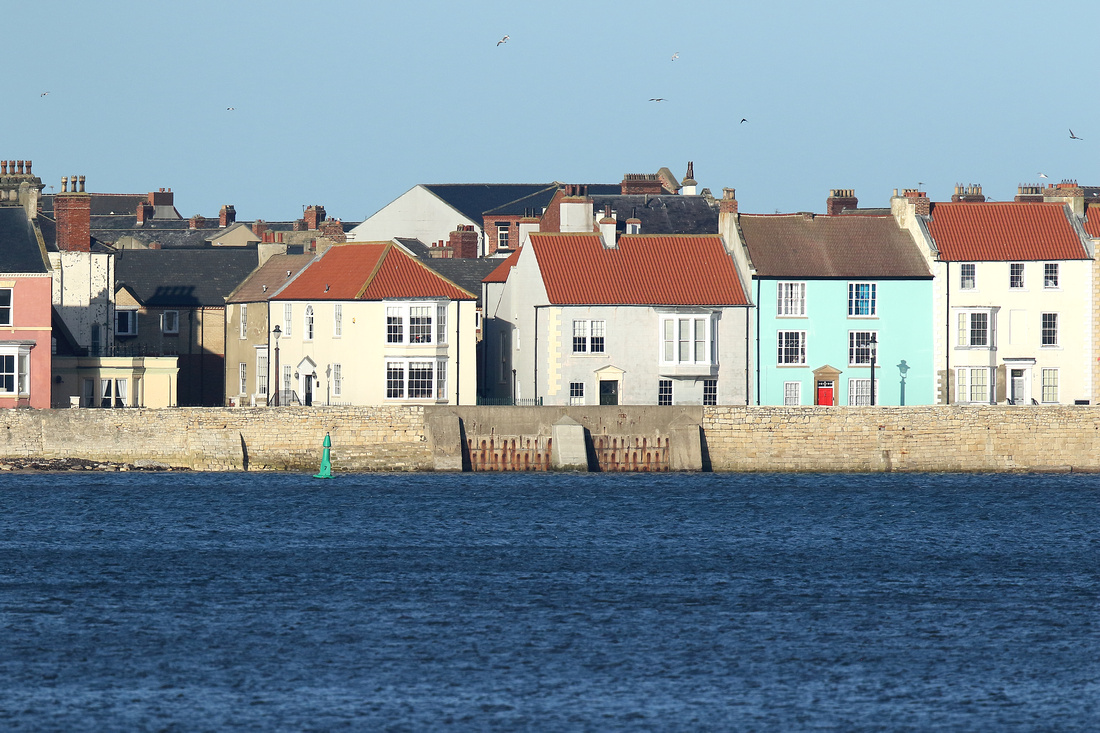 The waders including an oystercatcher with a strange eyeball. 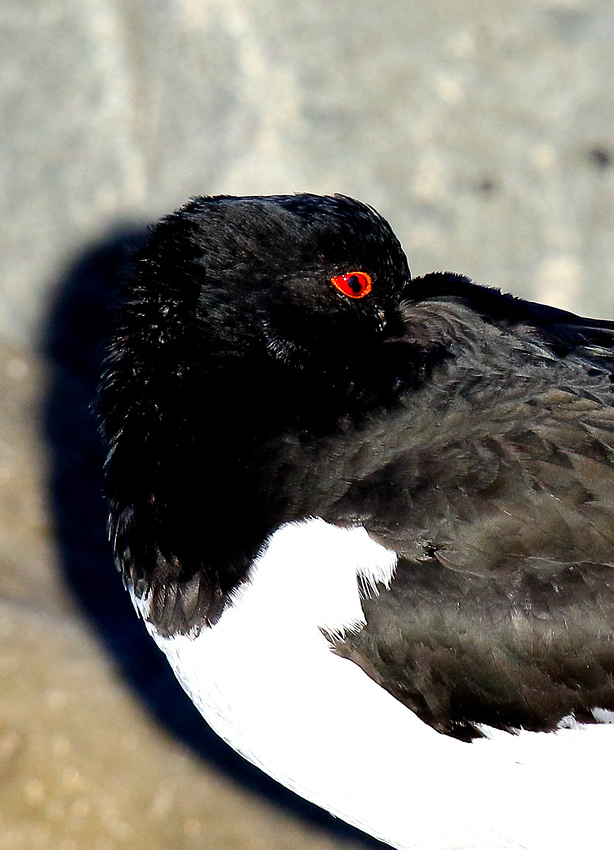 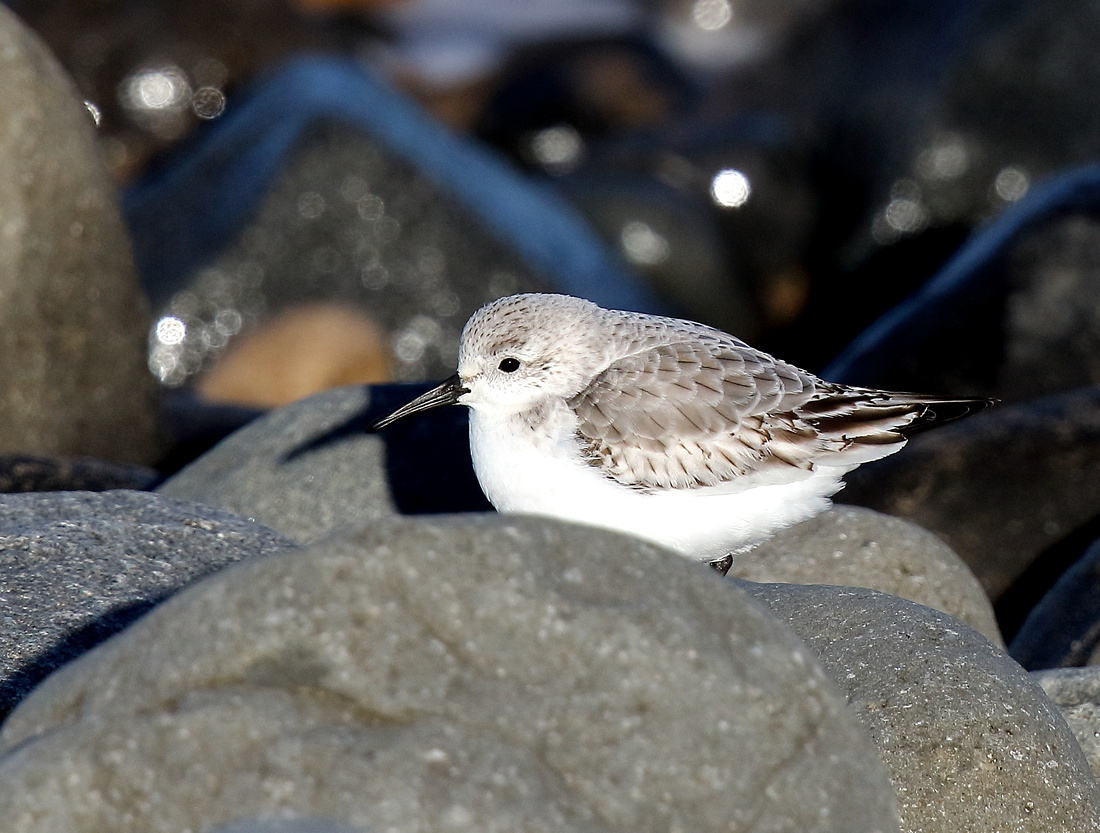 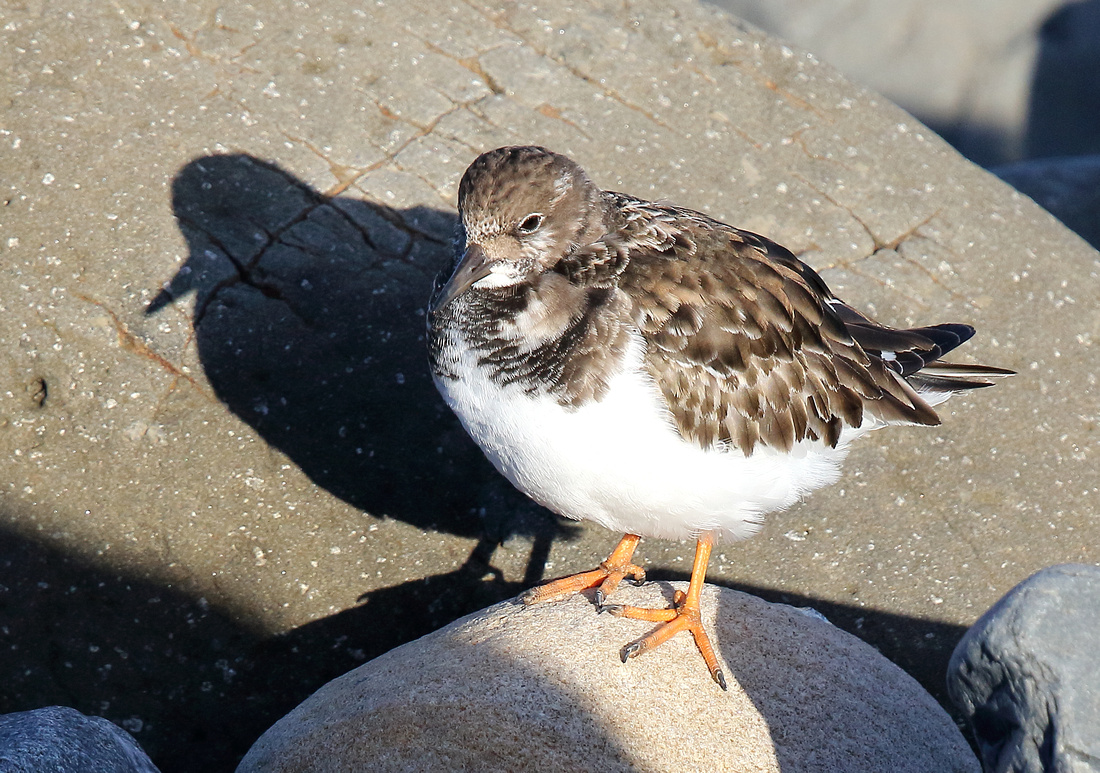 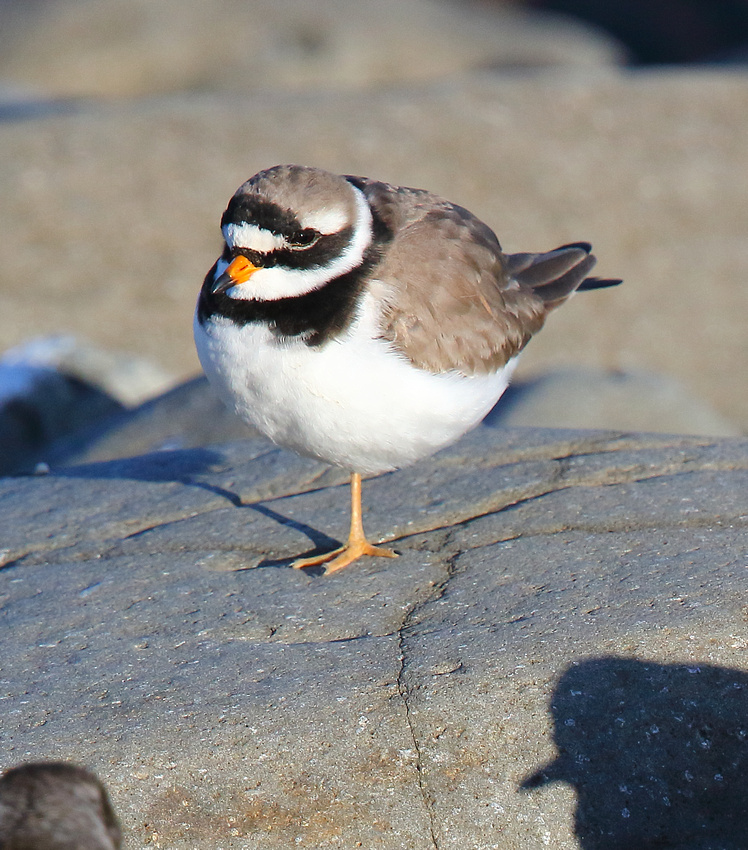 I waved the big lens around hopefully as some black-headed gulls were blown past. 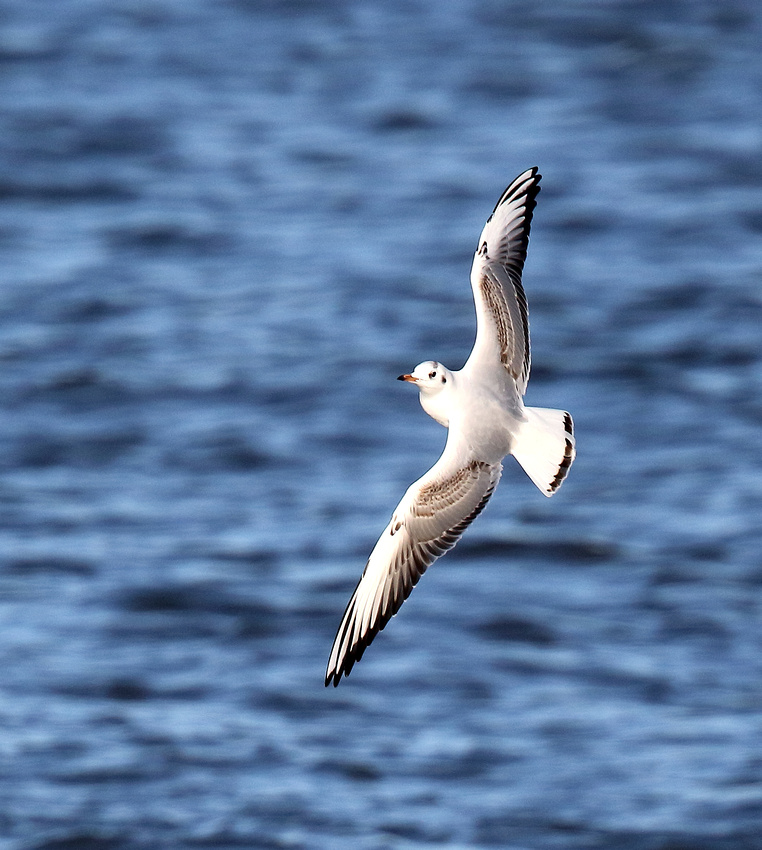 All quiet at Saltholme even though I spent some time hoping for a water rail at the Watchpoint. An egret was tucked away on the edge of the reedbed. 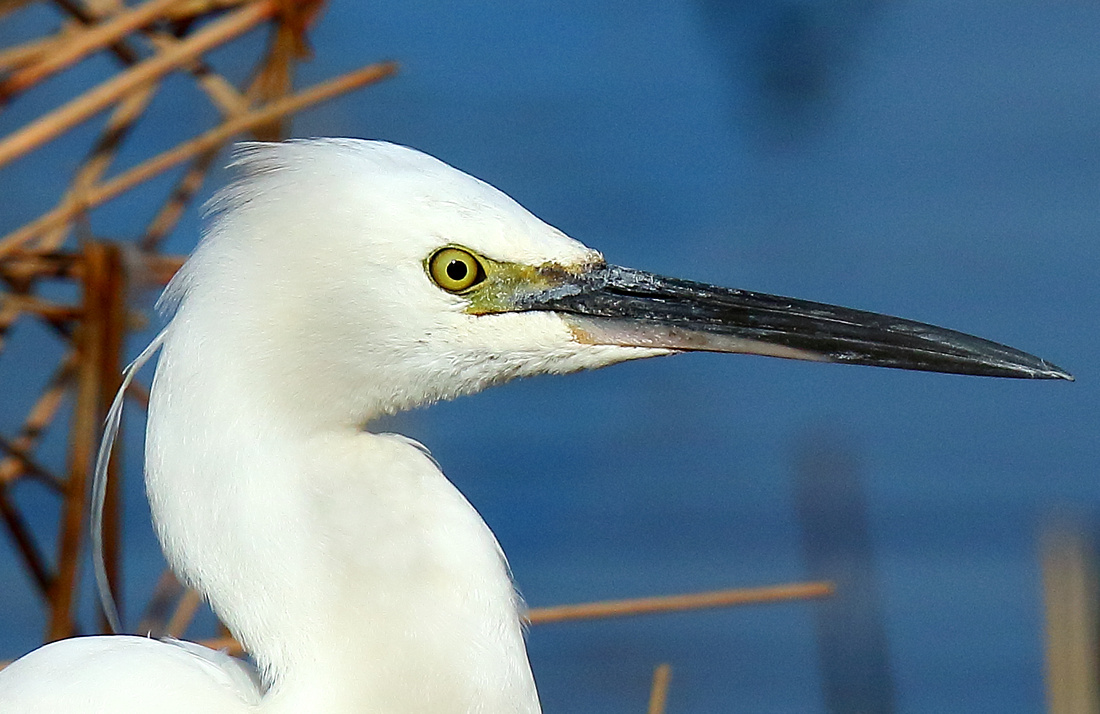 Big surprise today as I drove down our road. I spotted a bird in a tree about 50 meters from our house and stopped to get a good look. I went home, Sheila grabbed the bins and shouted : 'It's a waxwing!' Confirming what I was pretty sure of already. Here it is taken from our bedroom window: hard to focus on anything other than twigs. It disappeared and then reappeared about 40 mins later and I spotted a blackcap in the same tree! A nice year tick [the blackcap] - I had seen waxwings in Billingham on 10th January. 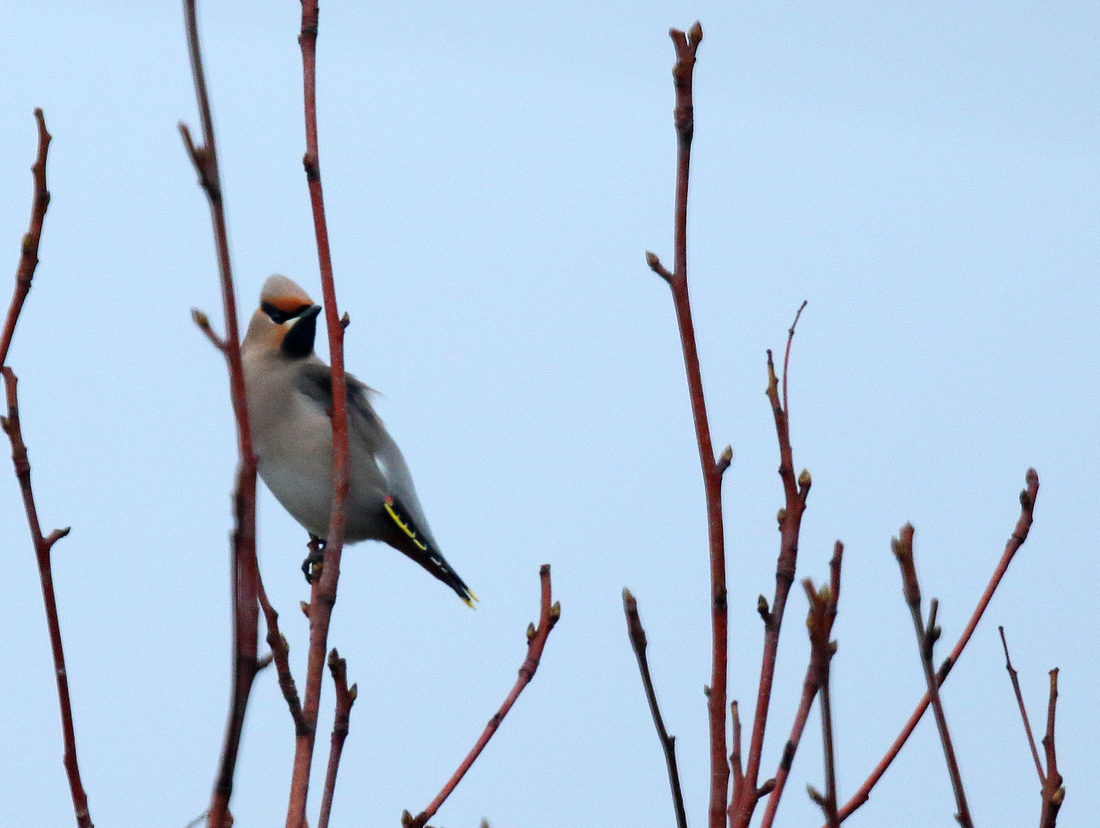