I decided to award a green star to any reserve I visit where the Birds are getting a good deal and where the RSPB or other wildlife body has provided what its members hoped for when they joined: a good birding experience where the birds are given what they need in order to prosper. Note that I said members not the wider public as I think some reserves are suffering from 'theme park syndrome' and are resorting to gimmickry.

On the other hand I'm 72 and past it and what I think is completely out of touch with modern reality. Maybe. But it's just my opinion and I hope no-one takes any of what I say too much to heart!

So on March 8th I visited Wombwell Ings reserve near Old Moor. There have been various improvements to the reserve and there is now water on both sides of the path down to the metal box hide. the hide is primitive and even more draughty now you can look out in both directions but I guess it's pretty vandal proof. Wombwell gets a green star: it's about the birds. There's no neglected sensory garden or line of empty feeders just a plain and simple bird reserve. I saw a green sandpiper and some ringed plovers. Here's a few photos. 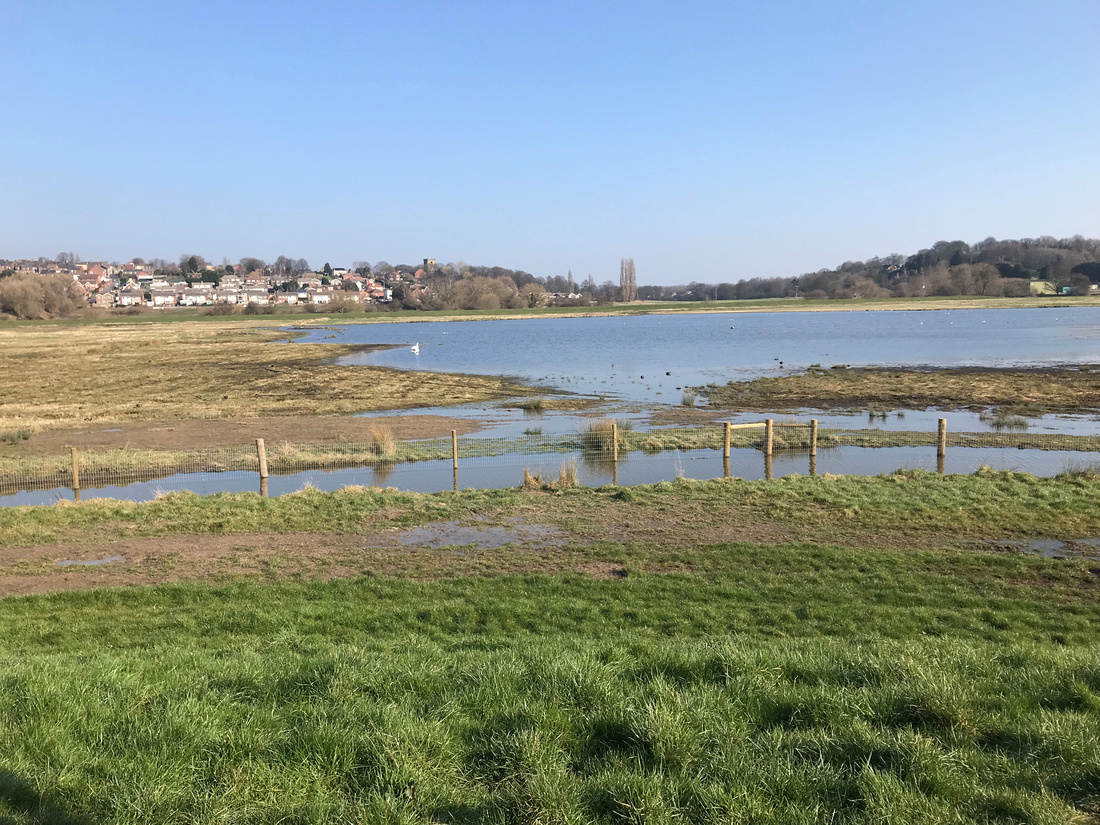 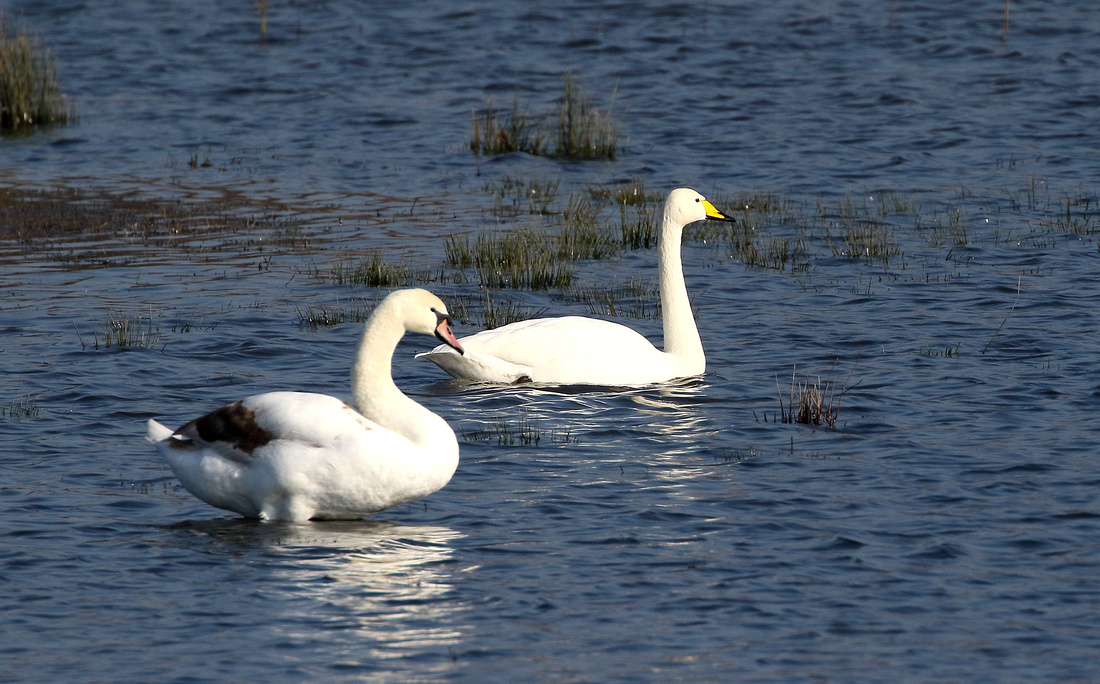 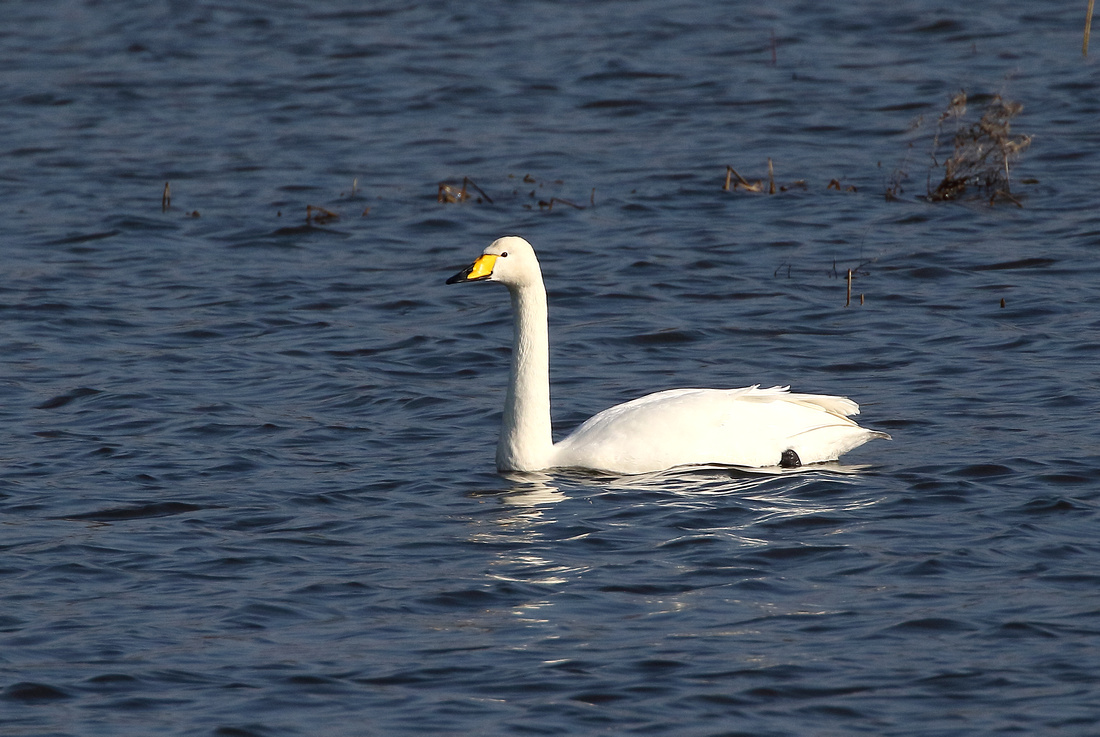 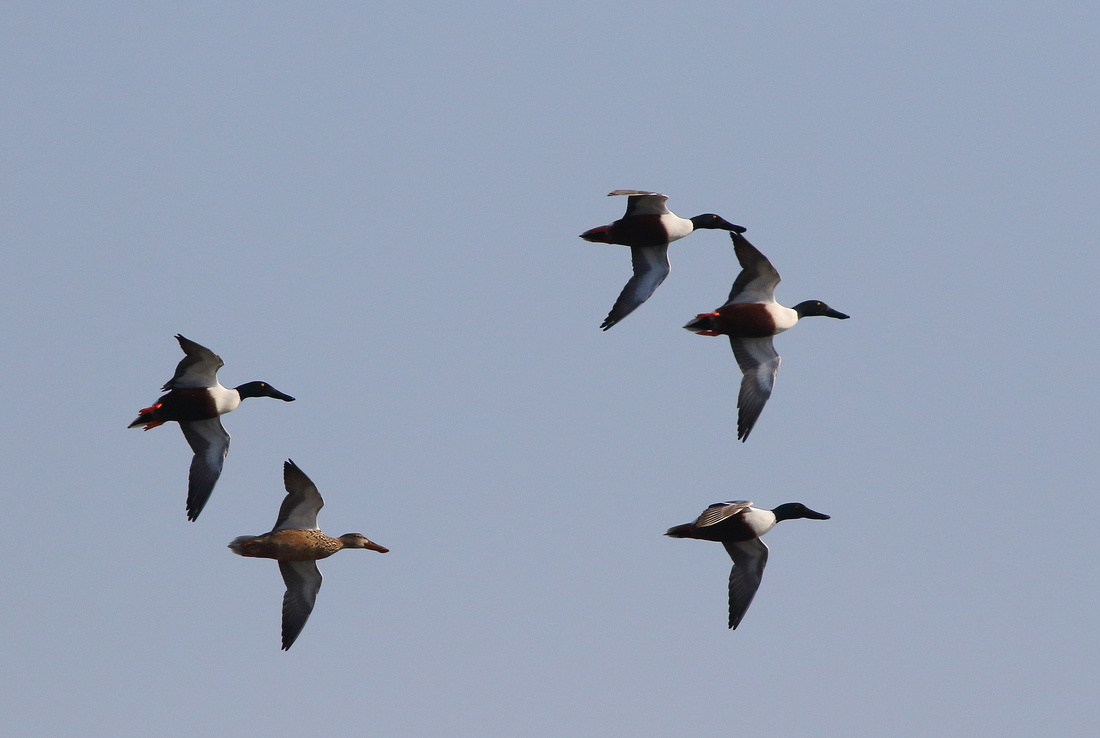 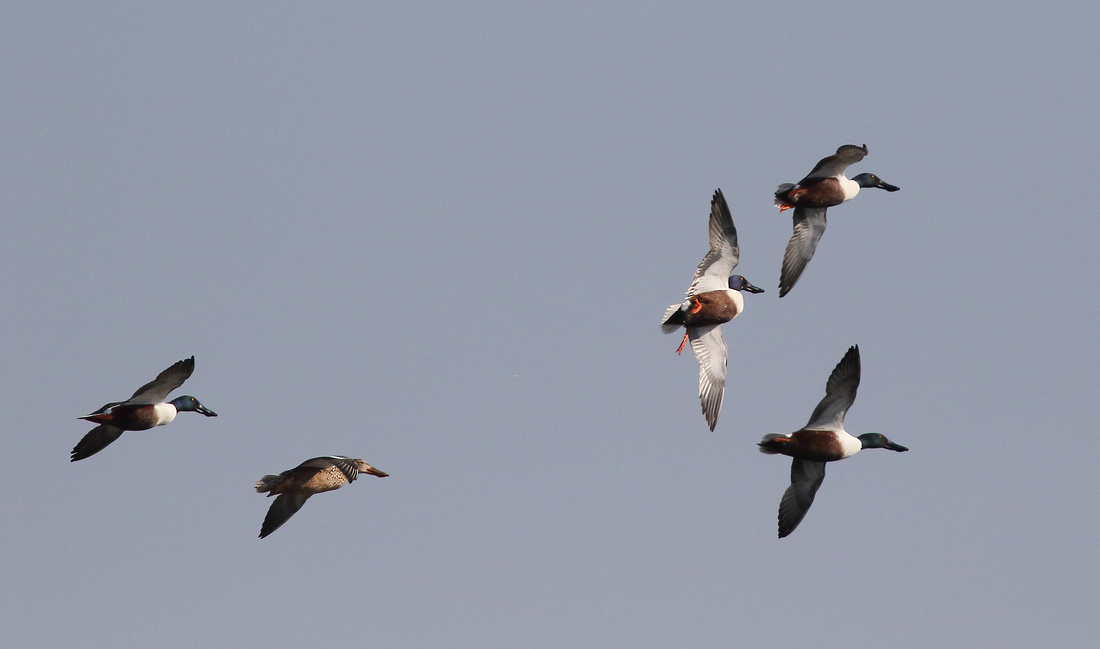 From there I went on to Old Moor [half a mile away] and this was black star land. Gimmickry, a new path past water with no birds [what do others think of the closing of Green Lane?]. Tree Sparrow Farm seems neglected. The main lake is still a quality area as are the reedbed trails but otherwise it doesn't feel right. I don't think it's a members' reserve, it's more like a municipal park with some decent birds and other dubious features. So, sorry, it's a black star reserve.

Moving on. Photos from old Moor. 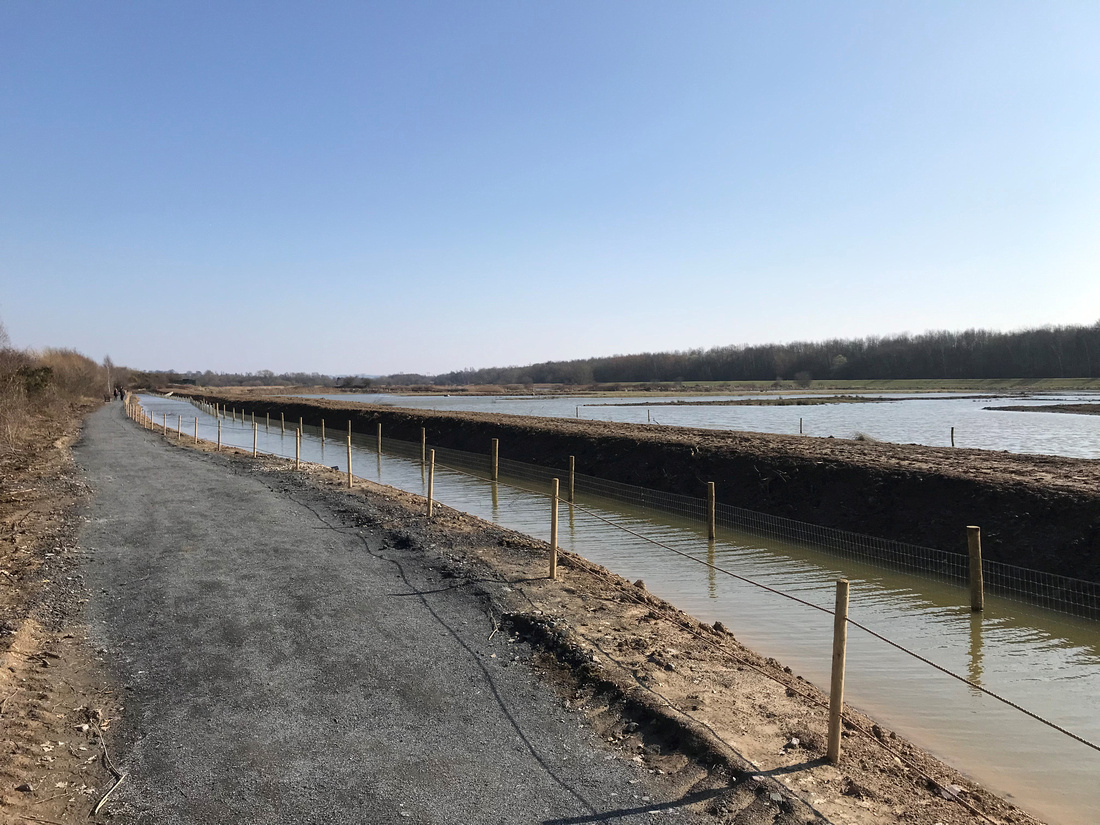 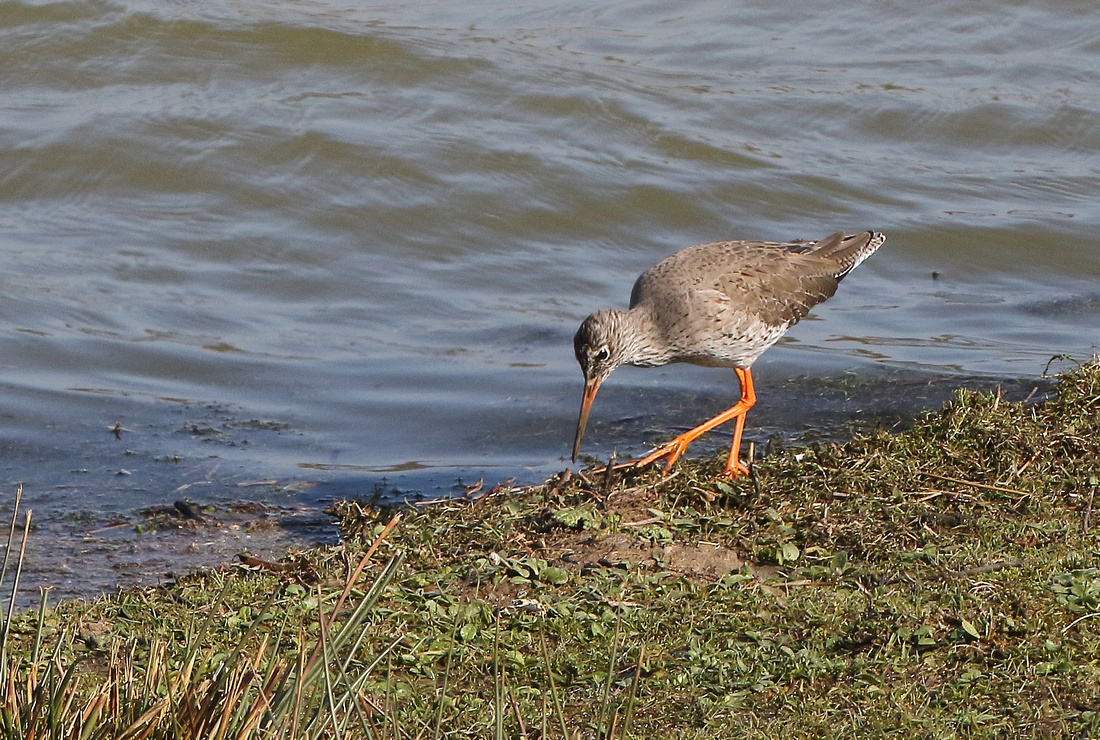 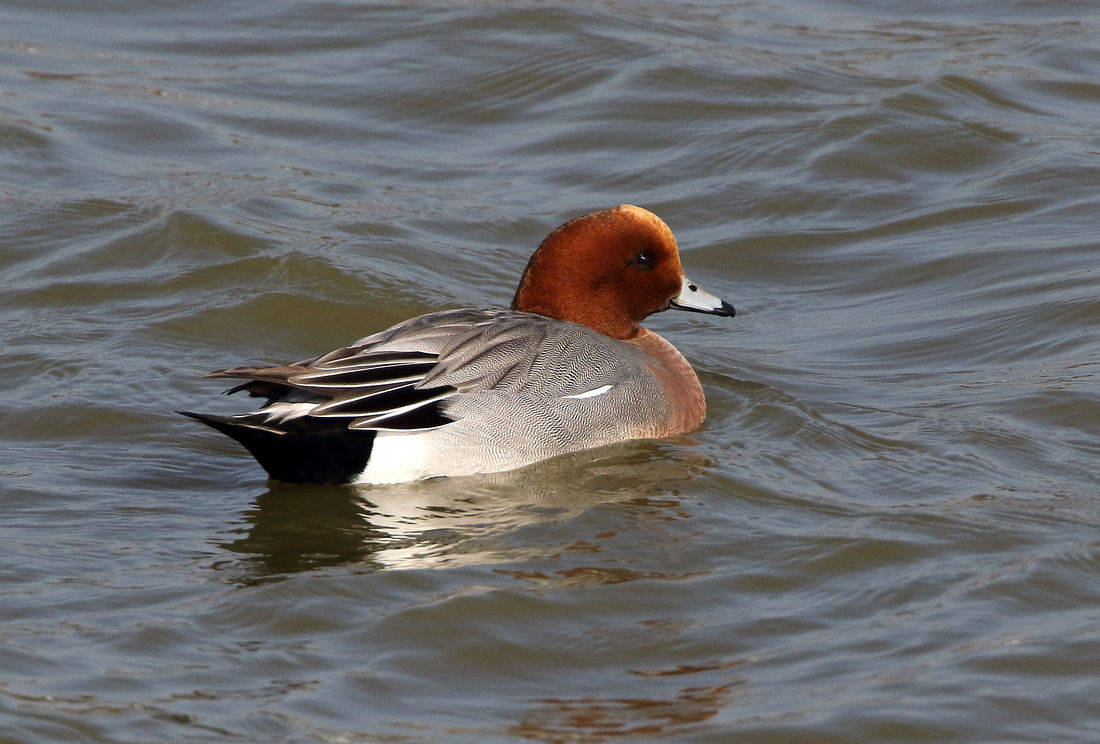 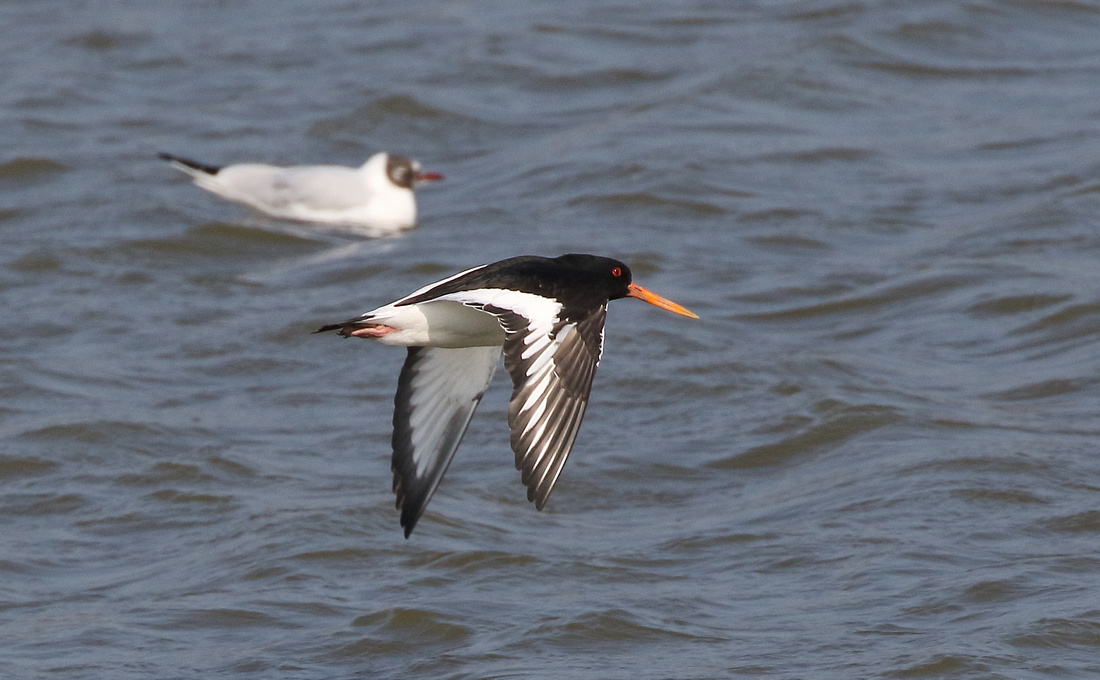 Next I went to North Cave, another green star reserve. It's all about nature, it's well run, well signed and it's just a damn fine reserve...

...and it had a Russian white-fronted goose. 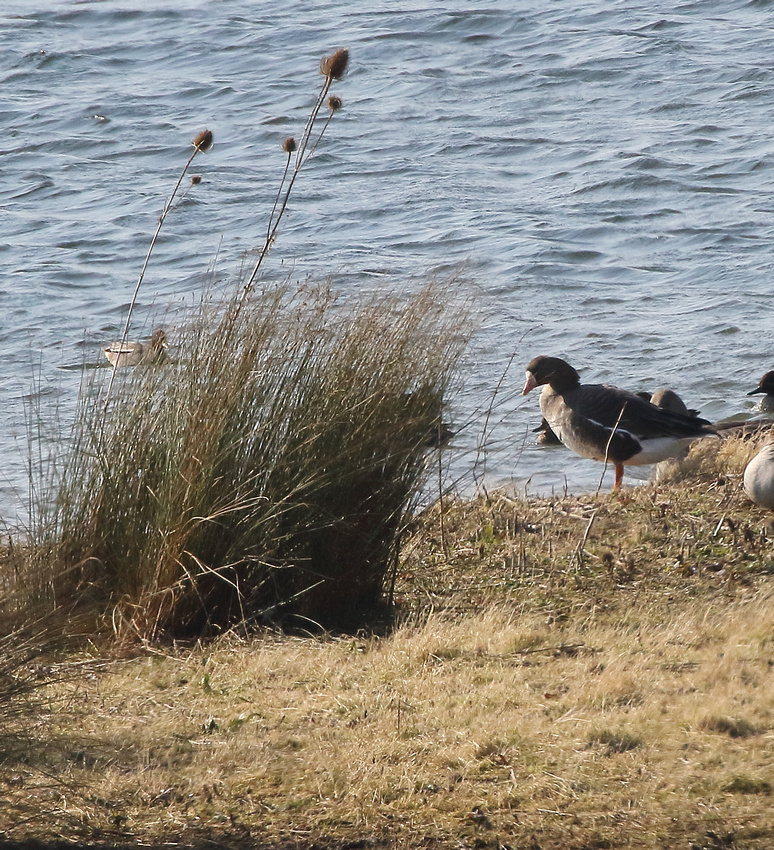 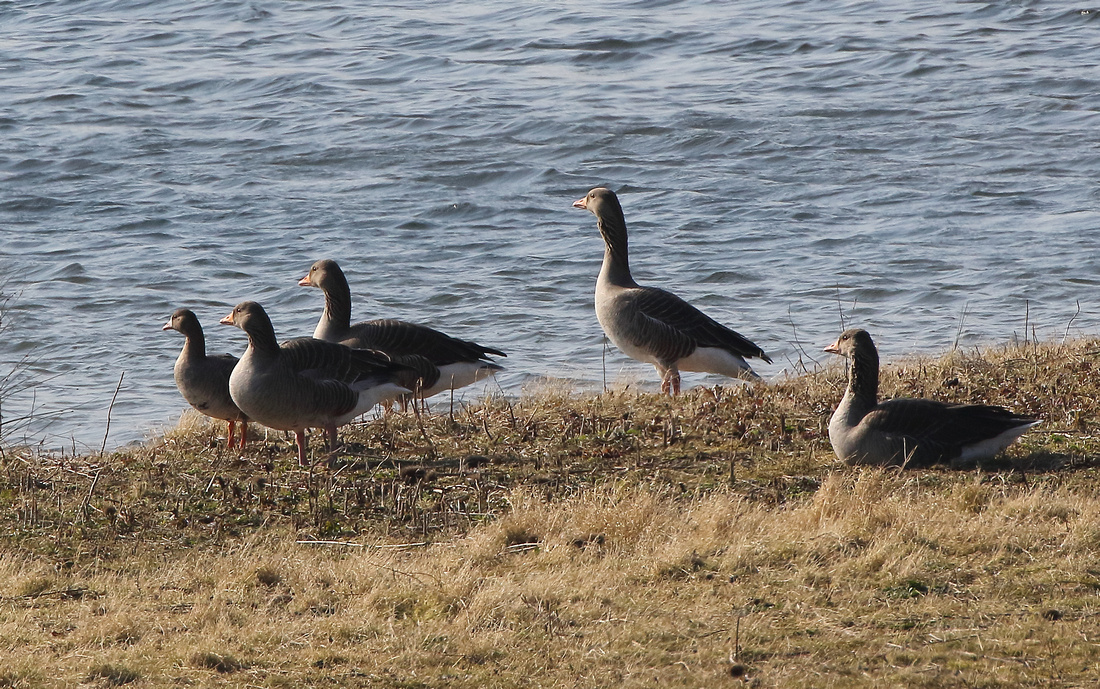 From North Cave I drove the last leg of my day's trip, heading for Blacktoft Sands where I have been going ever since I started birding in earnest. Still remember my first avocet! Blacktoft has not succumbed to the diluting effects of gimmickry and I hope it never will. Yes, it's a green star reserve. Someone asked me what comes in between? Well, the two stars are at opposite ends of a spectrum: many reserves won't get a green or a black star. Fairburn Ings for instance. By the way if you look at the RSPB Fairburn Ings website for latest sightings [as at 13.03.22] it says:

Wildfowl numbers are uncommonly low around the reserve for the time of year, this is also being experienced at our sister site at St. Aidens, its unknown what the cause of the low numbers are at this moment. Bucking the trend has been a higher number of shelducks with up to 23 noted on one day.

That is 783 days ago by my reckoning! But no black star because the stars are about the reserve not the associated websites.

Ok, back to the day in hand: Blacktoft.

the light was good for photography and a marsh harrier duly obliged. Dunlin and ruff record shots too. Photos taken with 100-400 zoom. 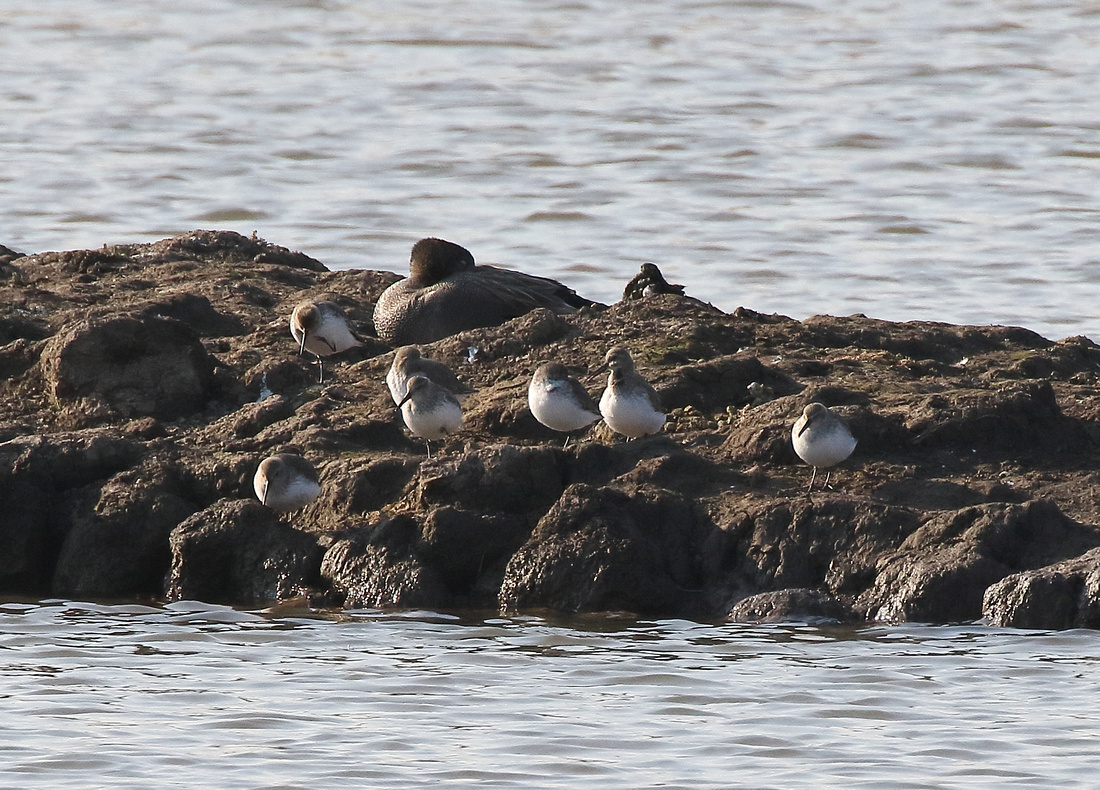 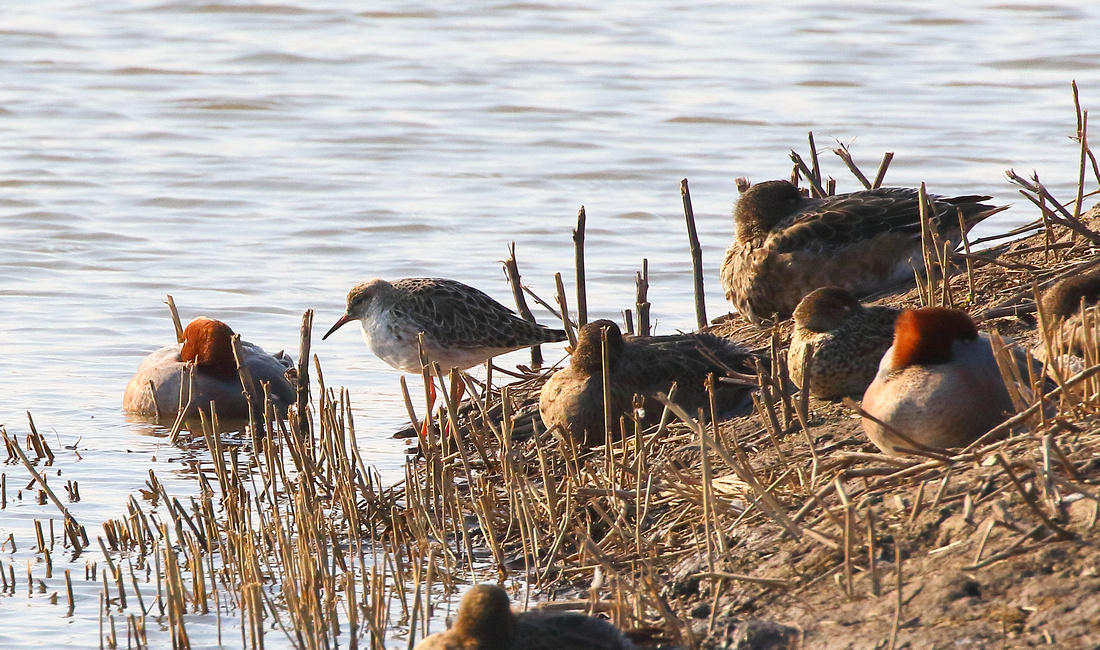 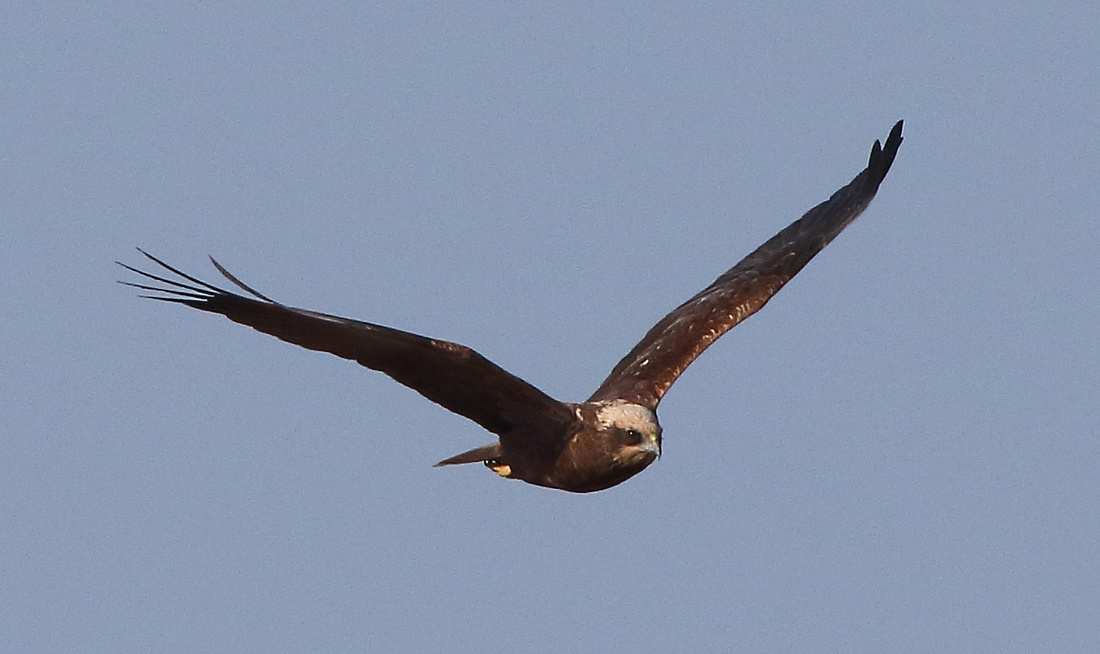 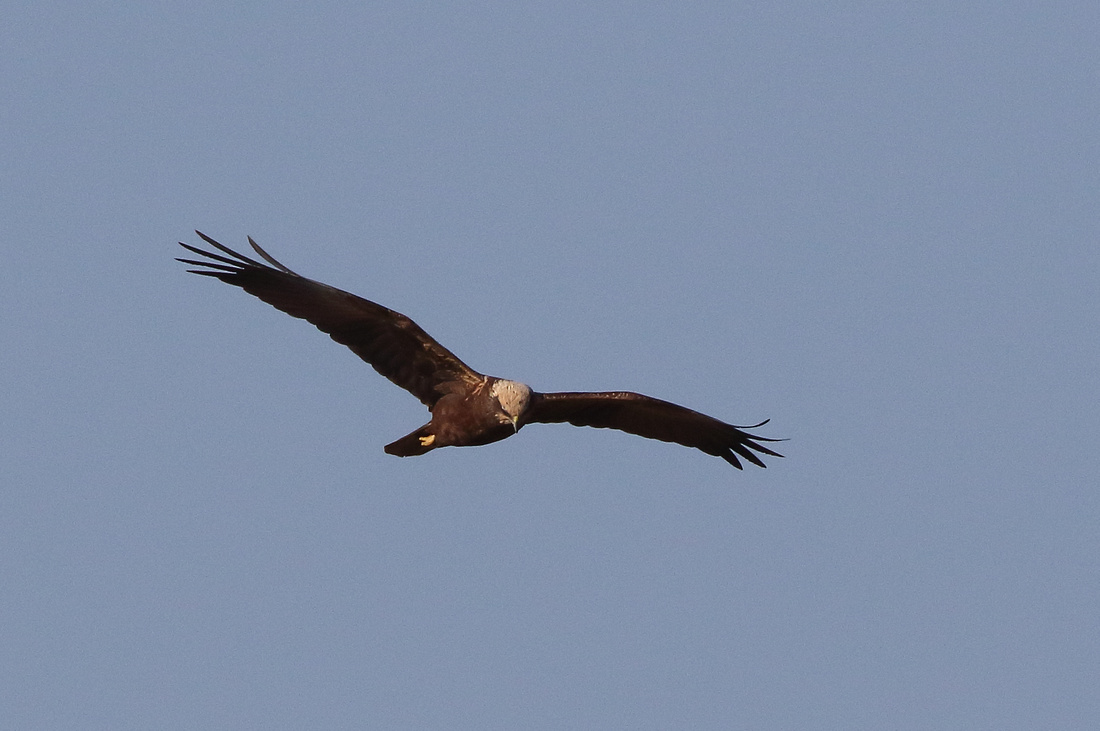 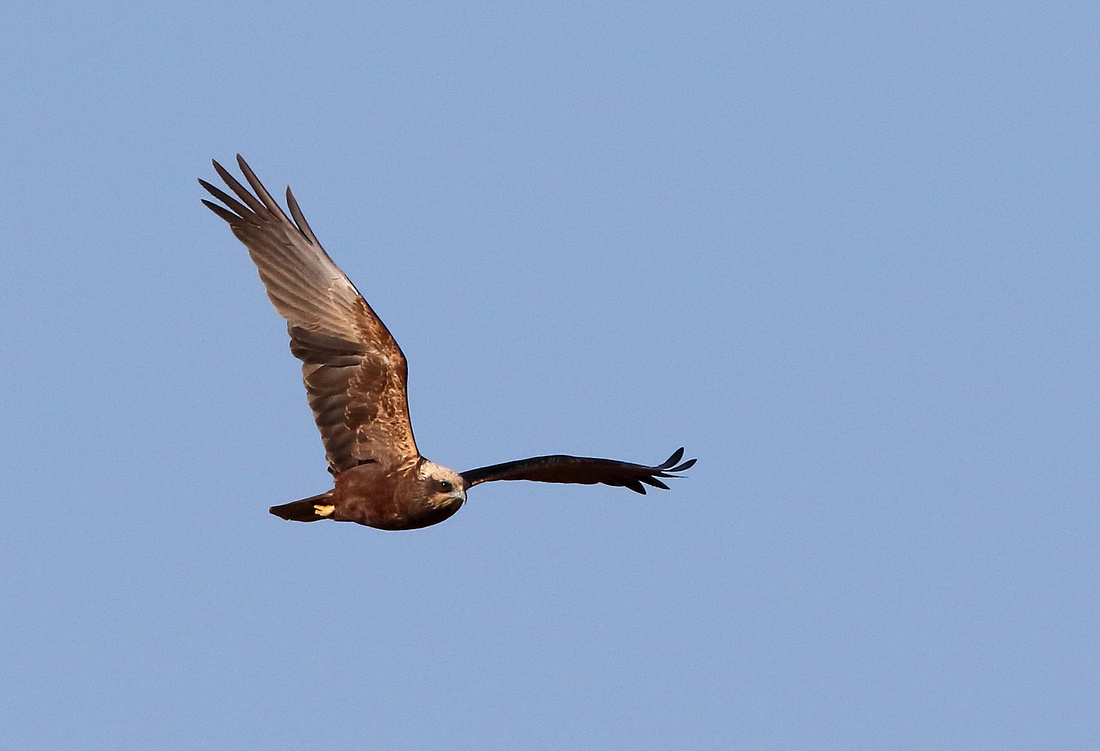 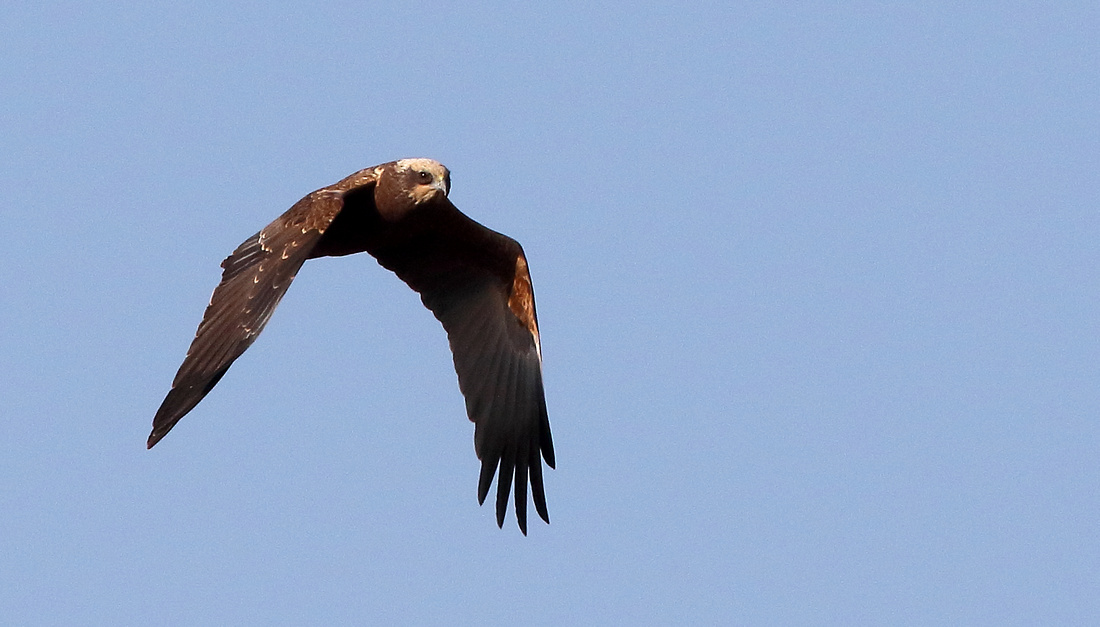 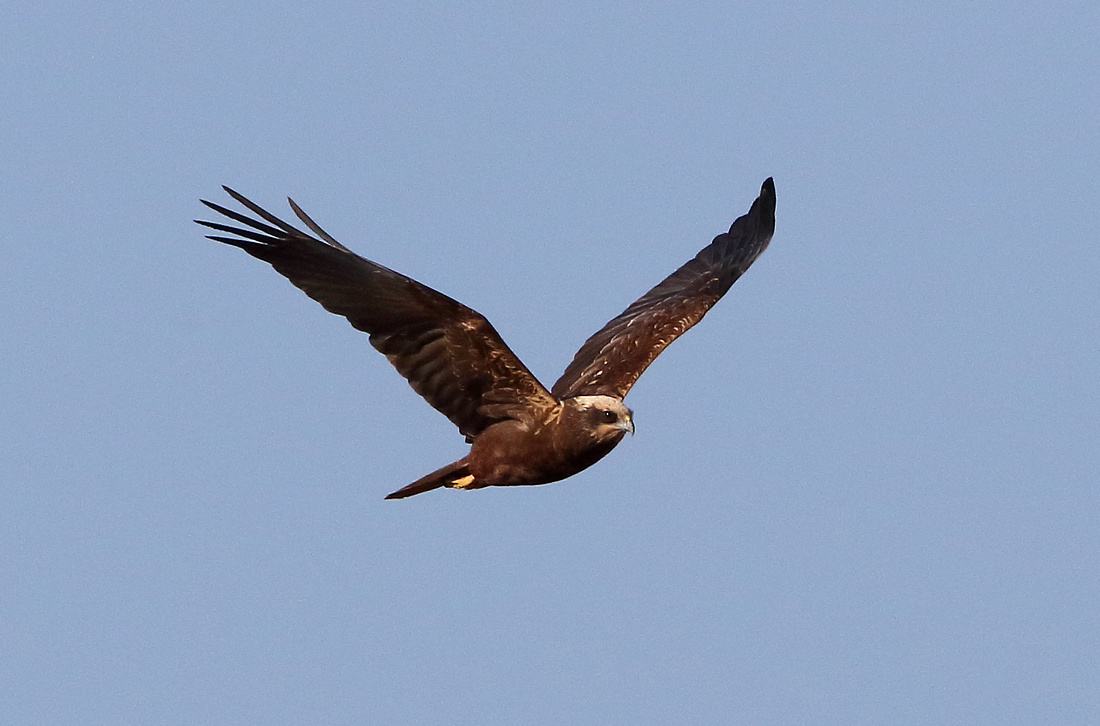 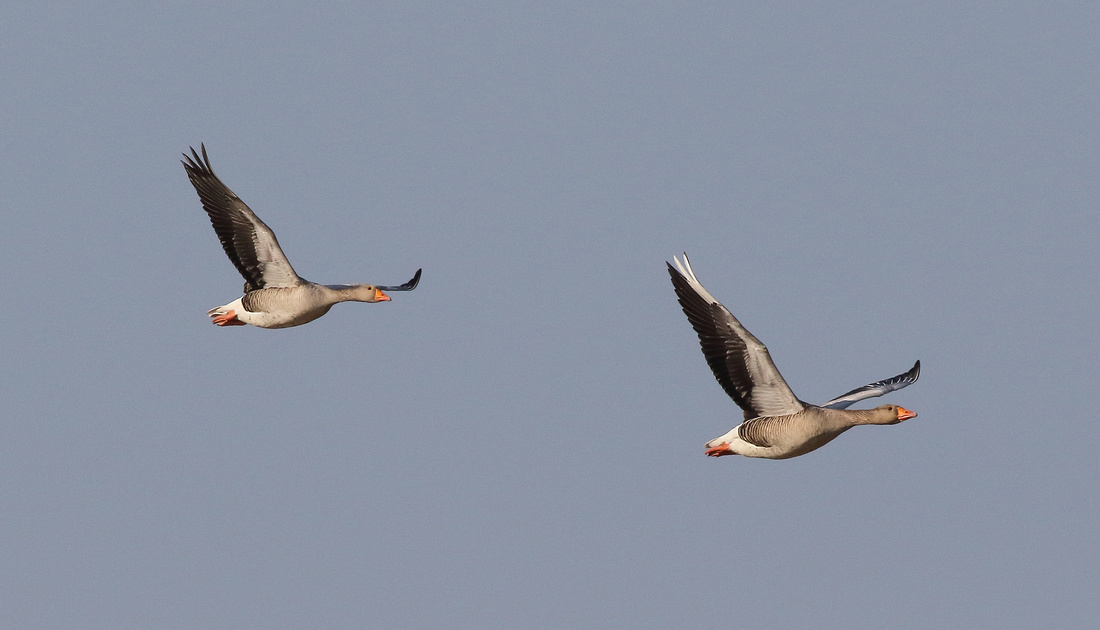 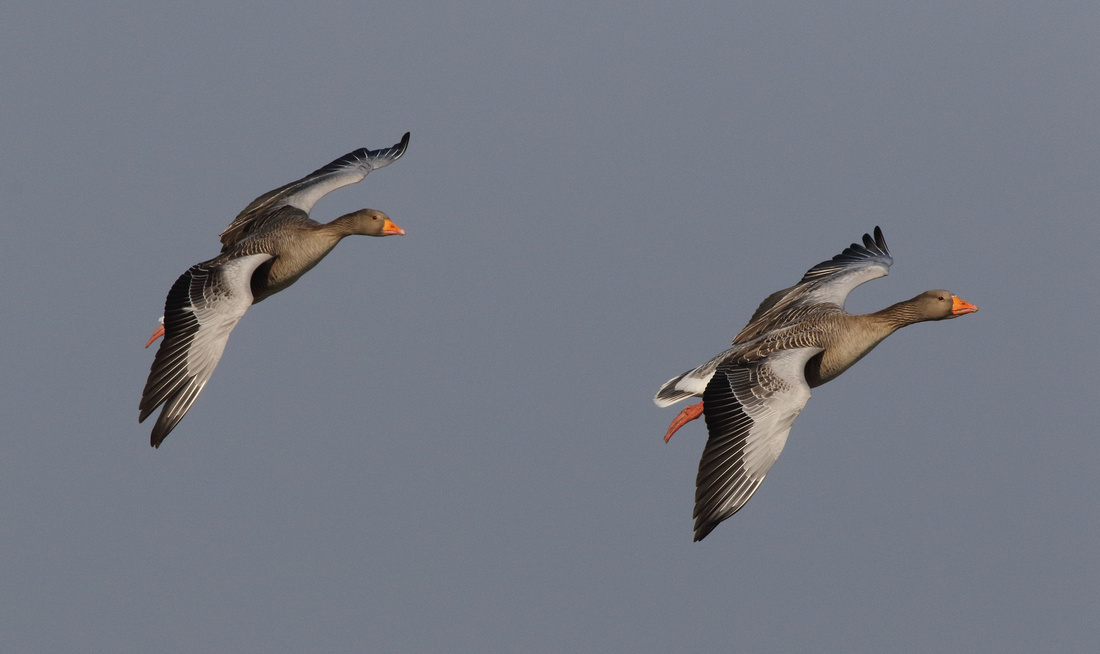 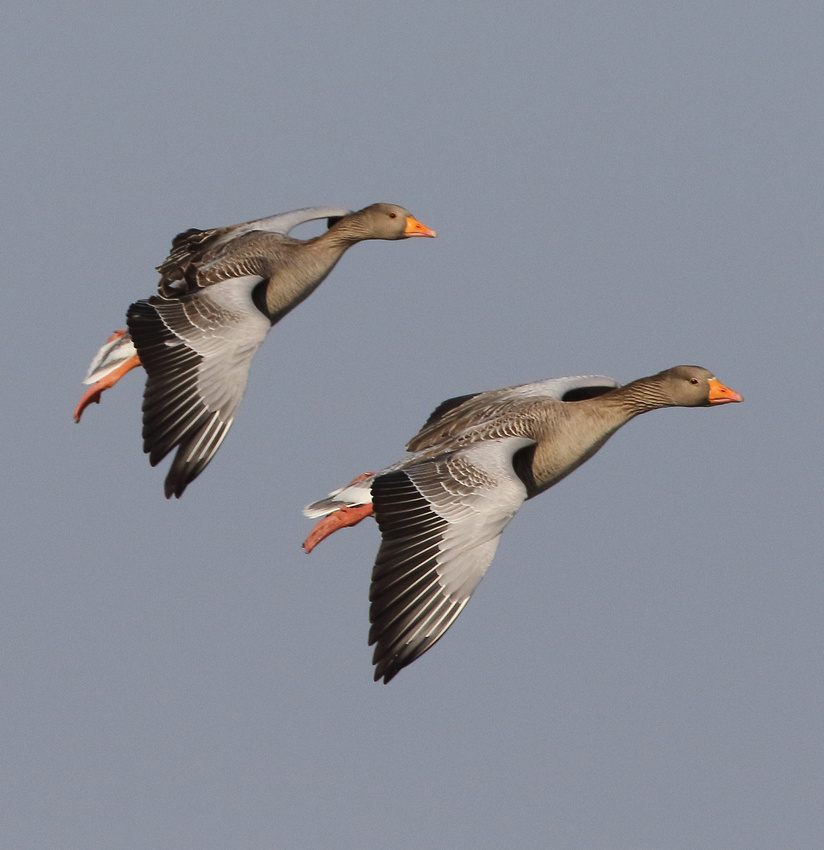 A chance sighting of a water rail and a goldeneye to finish. 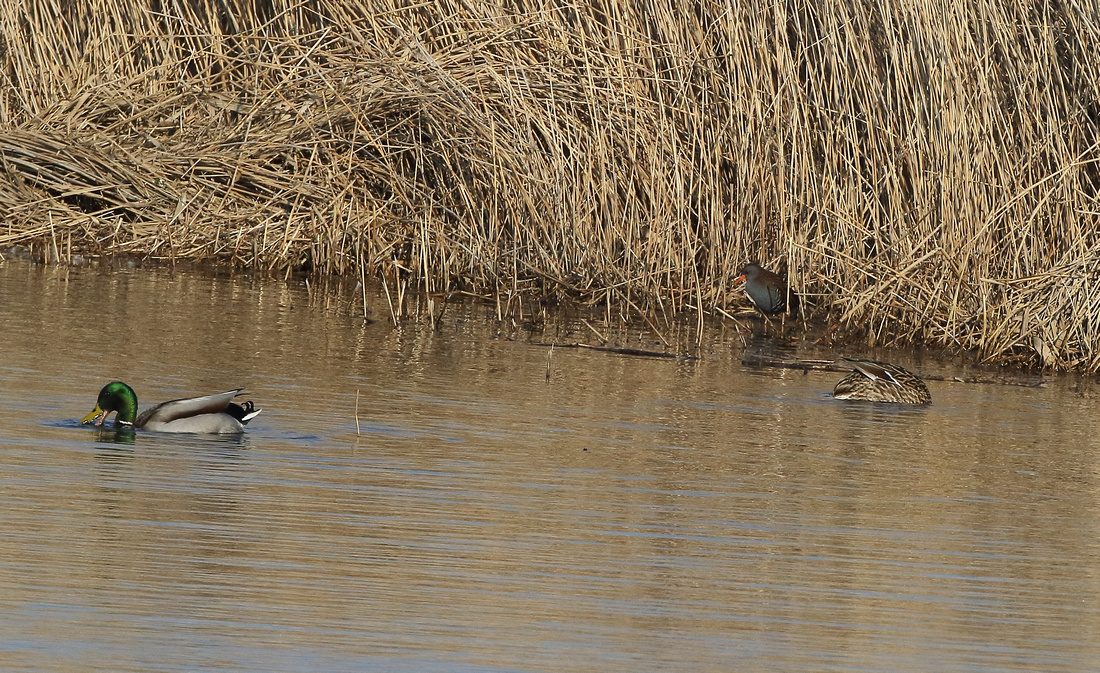 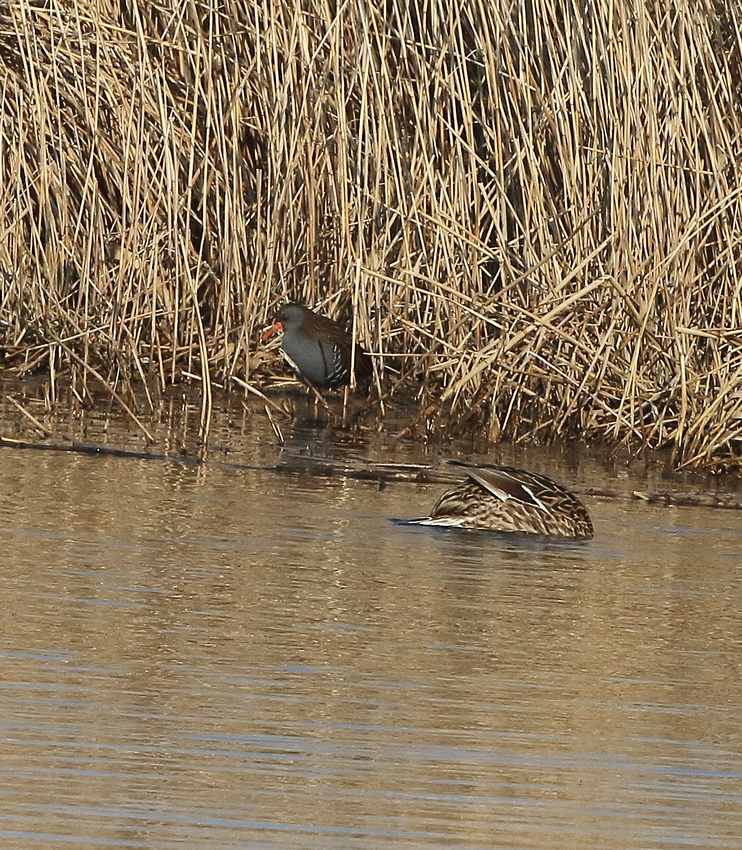 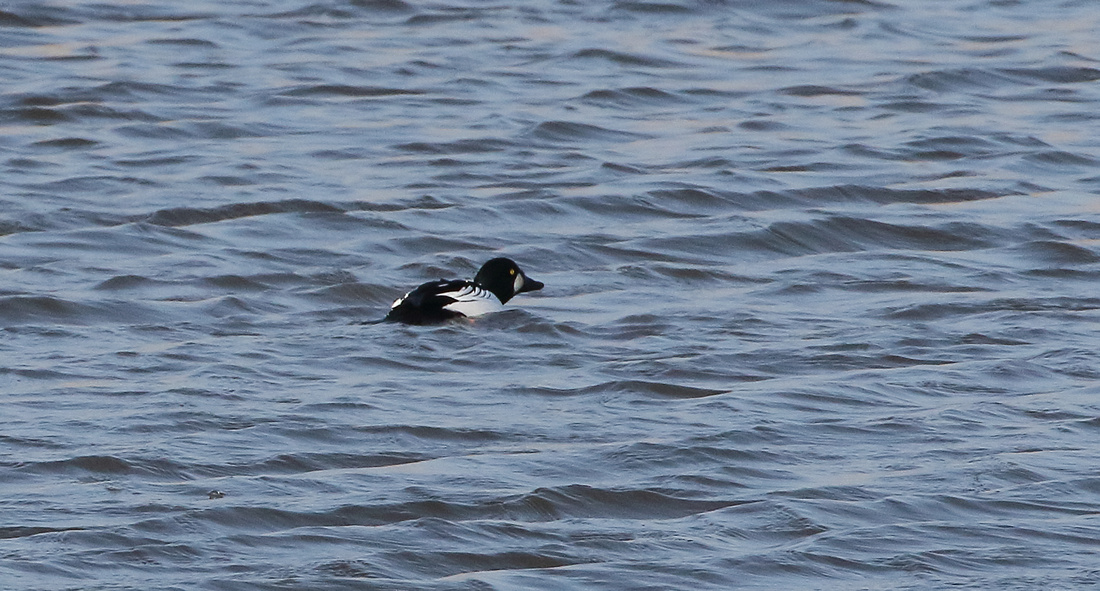 Saturday 12th March: an afternoon trek to Thruscross reservoir area to hunt a snow goose on the bleak fields east of the reservoir. Sheltering by a stone wall I managed these with the 500mm lens plus extender giving me a total of 700mm. The bird was quite distant and I don't think it was aware of my presence. One other birder was further down the road. The reservoir itself is a wild place or at least it was yesterday. Quite choppy too. Here's the unringed bird. 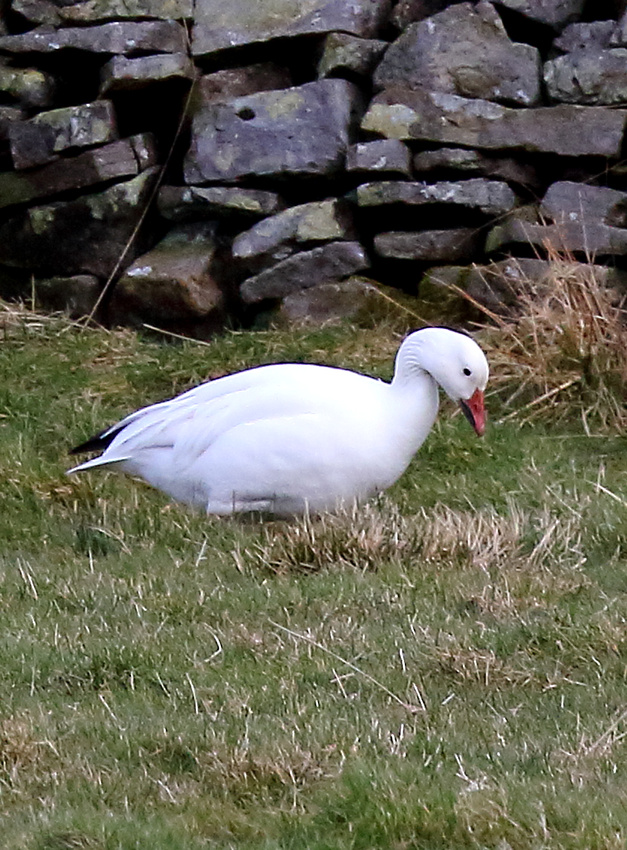 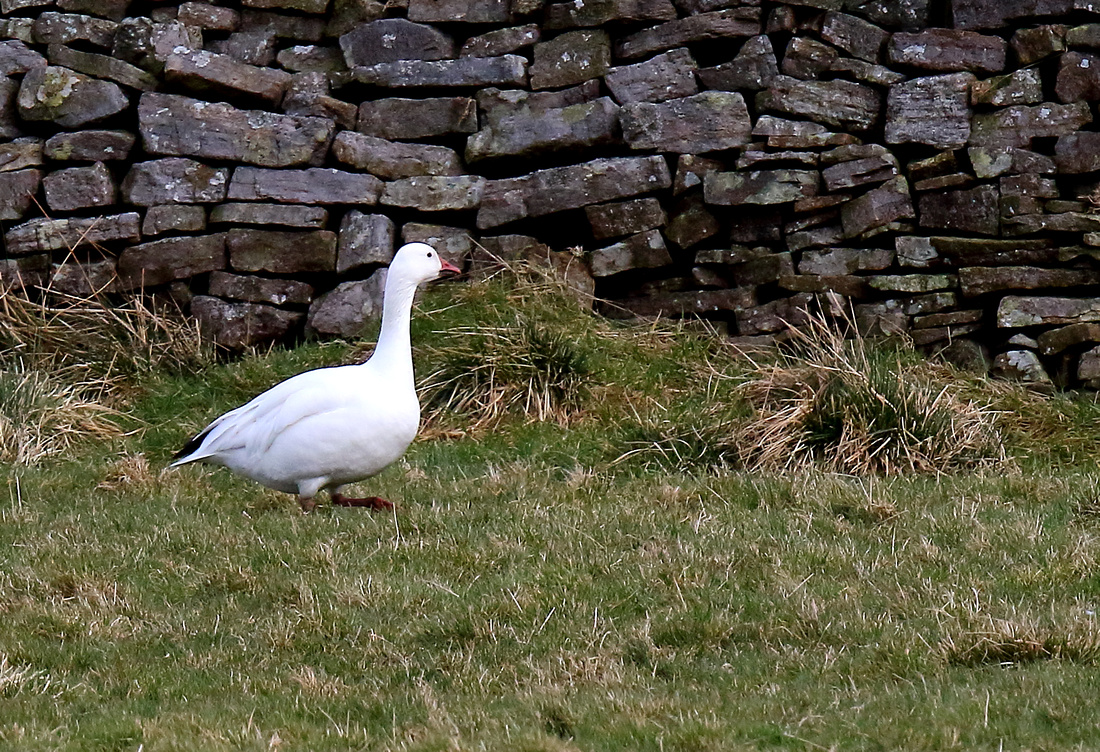 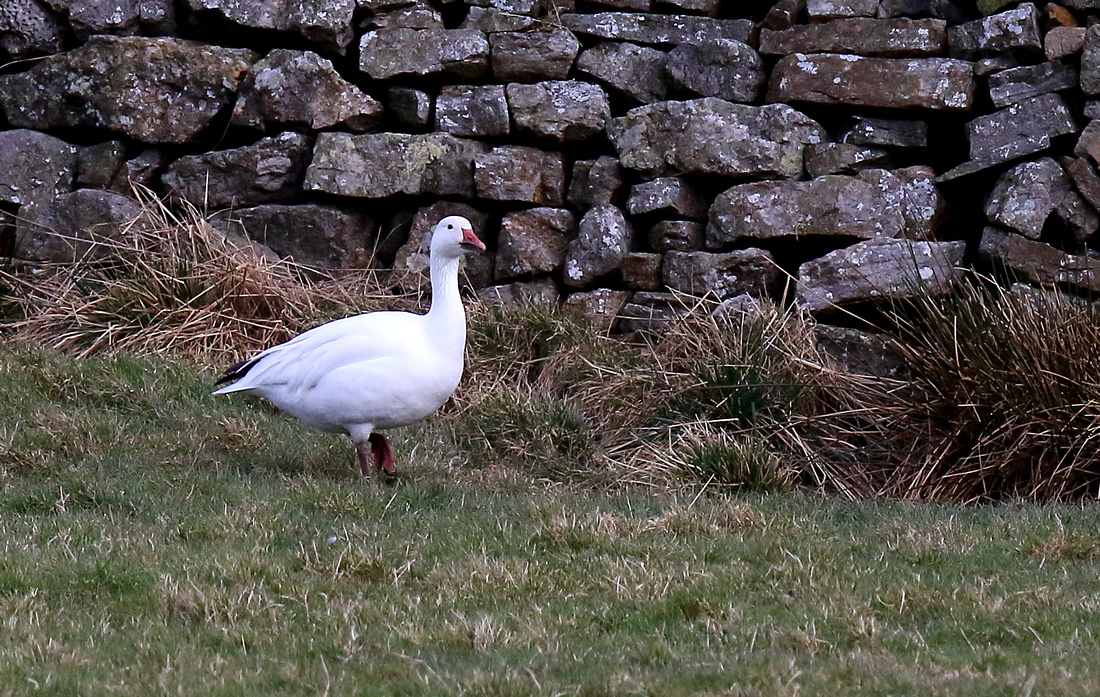 it was being harassed by jackdaws. 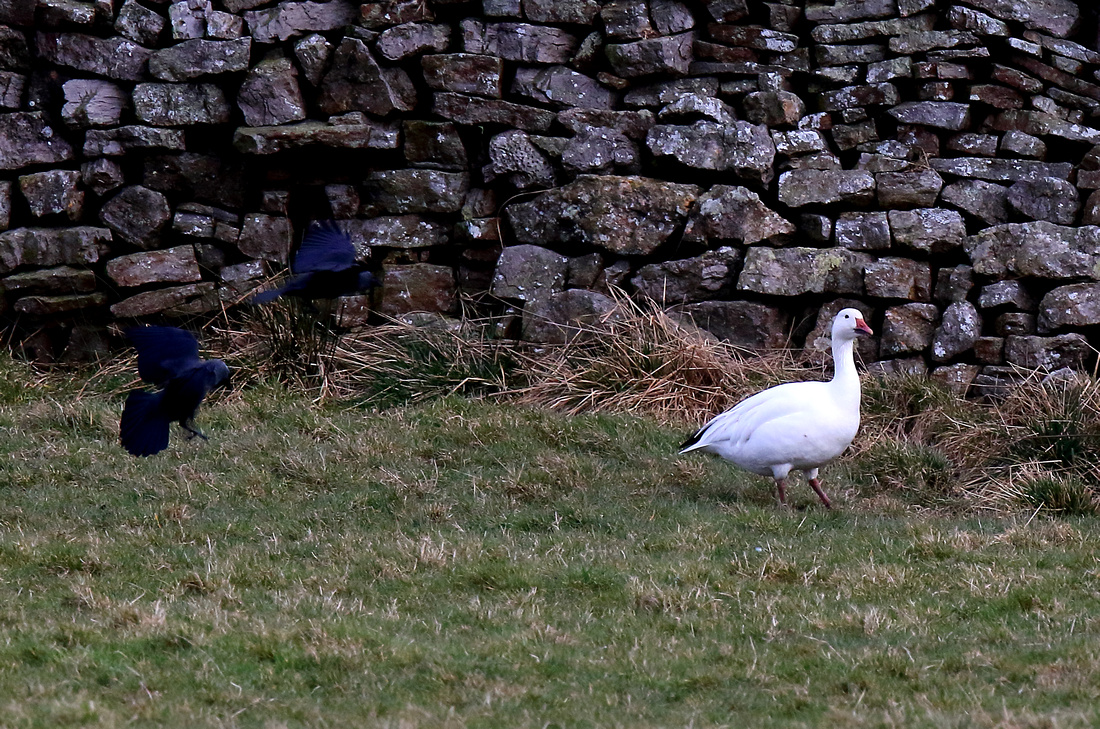